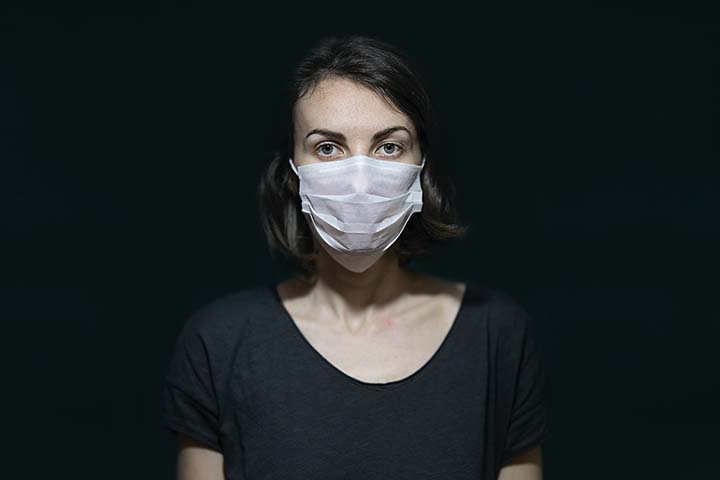 Teachers in Weston public schools are more than "nervous" about returning to classrooms, according to the Weston Teachers' Association (WTA). In confidential interviews last week with Weston Today, some teachers put it plainly: "We are terrified."

In an August 13 letter to the Board of Education, the WTA agreed that live classroom instruction "is the most important and effective way to teach," but said teachers believe the district's plan to open with a hybrid mix of classroom and online instruction is not "currently a safe or responsible way to reopen school."

The organization urges a return to school in the distance-learning-only mode. "We stand behind this knowing full well that it is not a popular choice by many parents, but we know it is the right choice."

In the letter, union president Douglas Pregman writes, "WTA members have serious doubts about the district's ability to meet safety precautions, enforce social distancing, provide PPE, and have a plan in place prior to the start of school."

According to the WTA, teachers are "worried for their own safety, the safety of their families, and the safety of their students." The letter says teachers are "extremely stressed" about the district's readiness to open in a hybrid mode "due to the lack of detail in plans, protocols, and procedures for health and safety, logistics, and academics."

The teachers we spoke to amplified those points. They agreed to be interviewed on condition of anonymity. "Teachers are fearful of the ramifications if they speak up," said Mr. Pregman, who is a special education teacher at Weston High School, but spoke on the record and with the expectation of attribution.

Far from seeing social and emotional benefits for students who return to classrooms while the health crisis persists, teachers we interviewed, especially those from Weston's elementary schools, believe the effect will be just the opposite.

"All we will do is instill fear," said one.

Another teacher broke down in tears during our interview, describing a recurrent nightmare. "I walk into a classroom. There's a plexiglass barrier in front of my desk. My students are all wearing masks, six feet apart from each other. One student doesn't have a pencil, so another starts to hand one over. Suddenly, I'm screaming don't touch that pencil!"

"This isn't what it's supposed to be like," said the teacher. "I can't praise them for sharing, because I can't let them share. It's welcome to jail, kids."

"All the talk about social and emotional benefits in this environment is bullshit," said one teacher.

The WTA letter said school will "feel sterile and not inviting. Students will be managed by teachers, not necessarily taught." At a distance, teachers will be limited to lecturing, unable to move around and have "teachable moments," losing "a connection with students."

Teachers we interviewed were also critical of the limited extent students will be organized into self-contained cohorts. The practice is seen as a way to prevent the spread of disease by limiting interactions and by facilitating contact tracing.

"It's broken from the start," said one teacher, "a total sham. They don't ride the bus with their cohort. They take 'mask breaks.' They stay in one classroom but other teachers come in and out. How does that protect anyone?"

The district's plan acknowledges that the high school is "unable to cohort." The WTA letter asks, "If cohorts and contact tracing are not possible at the high school, then how will other school levels be affected, especially considering that many high school students have younger siblings?"

The letter also notes that the administration's plan describes the high school open campus policy as limiting the ability to adhere to safety requirements and monitor social distancing. "The district in its own words," says the WTA, "has said that it is a challenge for them to ensure the safety of students and staff."

"We don't trust anybody with our health"

Teachers we spoke to were far less diplomatic than was the WTA letter in expressing an assessment of the administration's plans.

"The reopening plans are a snow job," said one. All criticized the administration's communication with teachers. Some said they have never heard from the principals of their schools. Several said they have never been solicited for input, never asked for ideas about the best ways to teach in a nontraditional school setting.

"On the whole, they get an F," said one teacher.

Some are concerned that their colleagues may not be fastidious about adhering to safety protocols. A teacher was alarmed at the graduation drive-bys, saying some teachers—and perhaps at least one administrator—were seen arm-in-arm, unmasked, waving to students.

Others worry that colleagues may be careless about cleaning if the task falls to them as teachers rotate among classrooms. "We don't even know yet who is responsible for cleaning," said one. Others said daily cleaning performed before schools closed in spring was "terrible," and are concerned that no one will monitor restrooms at breaks to ensure they are properly sanitized between uses.

"We are at risk," said one teacher, "and some of us are highly at risk. I don't think people understand that by coming back to school we are taking our life in our hands. We don't trust anybody with our health. Who would under these circumstances?"

Teachers we interviewed who are in elevated risk groups are wary about the district's willingness and ability to accommodate their needs. "In two weeks we are supposed to come back to work," said one. "But I don't know how my health issues will be accommodated. I don't even know if they will be accommodated."

Another teacher said, "It's frightening to think that I have lost control over how much I am at risk."

Teachers, and the WTA, dispute a recent statement by Superintendent William McKersie that health accommodations remain to be solidified for "less than ten" district personnel. "It's much higher than that," said Mr. Pregman.

On the whole, the teachers are enthusiastic about distance learning, and proud of the progress that was made after a slow start in the spring.

"Distance learning works," said a teacher, "but my gosh, we got off to a terrible start."

"At first, no one knew what they were doing," said another, who added, "the district provided nothing. You were completely on your own."

"The parents who were upset that kids were watching YouTube all day had a right to be upset," said one teacher. "By June it was pretty great. But it was the teachers who made that happen, in very long 12-hour days."

"We did a phenomenal job turning around distance learning," said Mr. Pregman. "I'm happy about how the association and the district worked together. We had disagreements, but we worked them out."

Many teachers would like more emphasis placed on the results that were achieved, knowing that the program can continue to be improved. "The district should be working to make distance learning more appealing," said one. "Instead, they seem to be making it as unattractive as possible."

On the other hand, Dr. McKersie acknowledged in public sessions that his own children will be voluntary distance learning students when schools open in Greenwich. In full disclosure, so will this reporter's Weston High School student.

In its letter, the WTA says, "Weston has always strived to be a leader. We would like to see Weston be a leader and set the example that distance learning is the smart, responsible, and safe choice to start the school year."

Regarding safety, "we get it"

After hearing from a number of teachers, we spoke with Board of Education chair Tony Pesco. By then we knew this story could be less than flattering to the school district, and told him that a recurring theme was emerging: in this reporter's words, "teachers are scared." Mr. Pregman later put it directly: "we don't feel safe."

"We get it," said Dr. Pesco. "We understand. And we are doing everything we can to make sure everyone is safe."

"The health and safety of students and staff is our highest priority," said Dr. Pesco. "The consensus of the Board is that the hybrid model is a safe approach, and gives us a glide path to make adjustments going forward."

In terms of communicating with staff and families, Dr. Pesco said, beginning this week, "you will see a layered communication approach, driven by the principals of each building, and much more specific."

The district administration freely acknowledges that a huge amount of work remains to be done between now and September 8. "We're sitting here on the 13th with still a lot to figure out," Dr. McKersie told the Board of Education last week.

In our conversation, Dr. Pesco seemed confident that many issues that concern parents and staff will be resolved in the next two weeks. But it seems likely that much will remain to be resolved after school starts, as conditions may change, and needed adjustments come into more specific relief.

For parents uneasy about how all of this will work, given the range of ambiguities, Dr. Pesco had a simple message: "People should be heartened by the fact that it's the same teachers and principals who have always delivered the absolute best education around."

Editor's Note: The full text of the Weston Teachers' Association August 13 letter can be downloaded here.