A Shift in Expectations About COVID's Direction 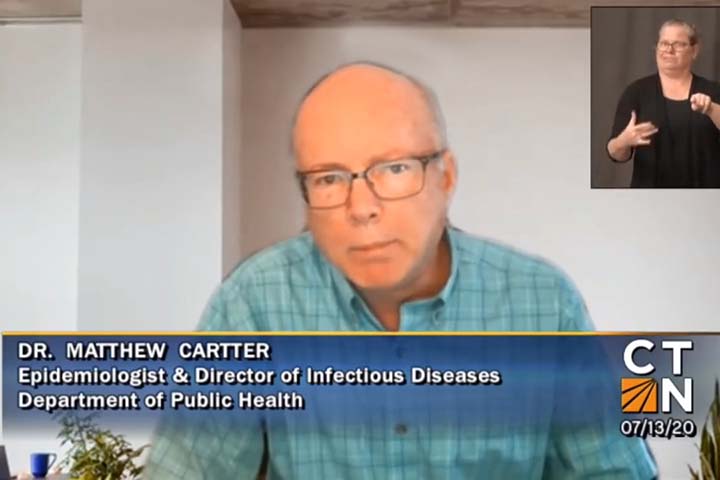 Expectations about the direction of the coronavirus pandemic were reset this week by Dr. Matthew Cartter, the State's chief epidemiologist, during a July 13 press conference with Governor Ned Lamont.

From the time it first became clear the disease would spread rapidly, health officials operated on the assumption that its pattern would resemble influenza: active in the spring, absent in the summer, reappearing in a second autumn wave, dormant in winter, back again with a third wave in the spring.

That concept no longer appears to hold.

In February and March, influenza "was the only model of a pandemic we could judge by," said Dr. Cartter. "But it was wrong."

Today, with more data and six months of experience—and the disease potent in most of the country, despite warm weather—Dr. Cartter said it may no longer be "appropriate to talk about waves."

"We may have ongoing transmission all through the year," he said.

The revised view of the pandemic's probable course may shatter hopes that the COVID wave will crest and crash before flu season begins in December.

A "confluent epidemic"—a simultaneous threat of both COVID and influenza—would strain public health resources and greatly complicate testing for both diseases.

Dr. Cartter appeared to hold out hope the double threat can be avoided. Former FDA Commissioner Scott Gottlieb, who joined the governor in a press call on Thursday afternoon, said he believes confluence is likely.

At the moment, Connecticut has one of the nation's lowest rates of positive tests, less than one percent of the total performed. Dr. Cartter does not expect that to last.

"This virus is just interested in infecting people," he said. With less than five percent of Connecticut's population believed to have already contracted COVID-19, "there's a lot more of us that haven't been infected."

Dr. Cartter said he believes infection rates may remain low for a while, but "won't go down to zero," and will eventually rise. The only question, he said, is whether the rate goes up gradually or sharply.

"Our goal is to blunt the resurgence when it occurs. This is not the time to relax. We know social distancing works," said Dr. Cartter.

Governor Lamont said no specific metric would necessarily trigger a reopening slowdown or the closing of schools, but that he would be more worried, and more inclined to act, if the rate of positive tests accelerates. He said it is a question of "how fast the hockey stick swings up."

The governor plans to make a decision about fully opening schools in early August. If the metrics are favorable at that point, he said, he would give a "go sign" for September.

Is it safe to open schools?

"Epidemiologists never use the word safe," said Dr. Cartter. "We can say that something is safer, but safe means zero risk. We're in the middle of a pandemic, and there is no way we can make the risk zero." 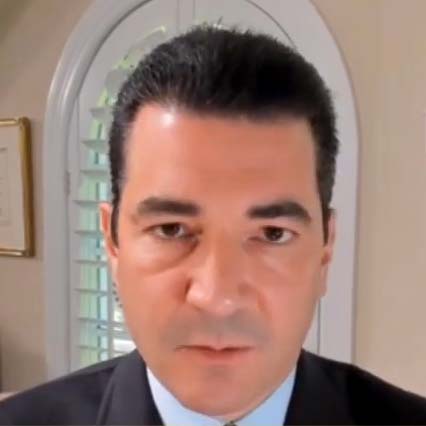 On Thursday afternoon, Dr. Gottlieb agreed with Dr. Cartter's assessment of ongoing transmission with an inevitable spike. Asked if he would be comfortable sending his own children to school in the autumn, Dr. Gottlieb, a Westport resident, said he would, that he has confidence in decisions by local officials, and is also optimistic schools can reopen. "For a while," he said.

"We've bought ourselves a couple of months," said Dr. Gottlieb. "We should get in as much school as we can when we can."

In Connecticut, he said, "at some point this will become epidemic again," citing outbreaks in other parts of the country. He estimates "we will have six more months of COVID."

In schools, Dr. Gottlieb emphasized the importance of social distancing, face coverings, and organizing students into self-contained cohorts. There is no question, he said, that children can contract COVID-19, but noted that "the data is mixed on how likely kids are to spread" the disease.

"It's important that we have humility about this virus," said Dr. Gottlieb.

A shift in age group infections 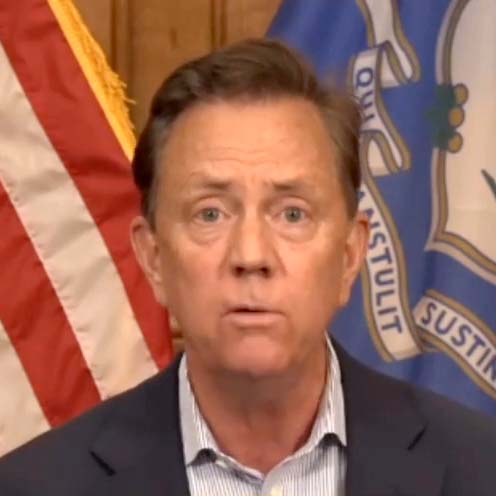 Earlier in Thursday's call, Governor Lamont said he was troubled by a recent development.

The age group 20 to 29 now has the highest rate of confirmed cases. A month ago, the group had only the fourth highest rate.

"That's how things started in Florida and Arizona," said the governor, referring to two of the nation's current hotspots.