Changes at the Transfer Station, July 1 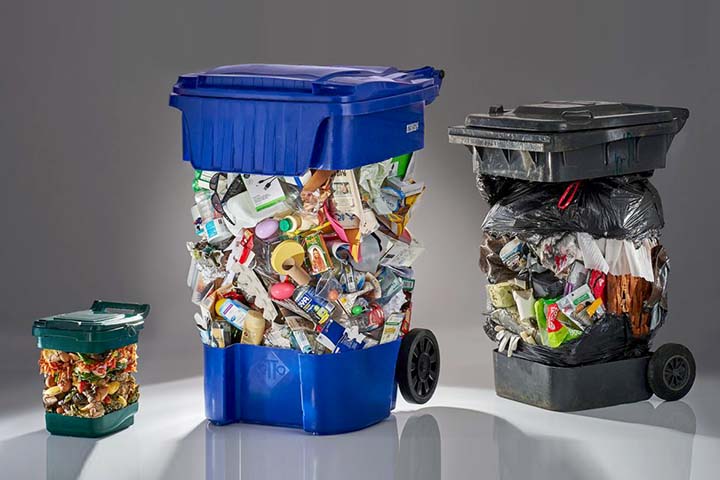 Operations, hours, and costs at Weston's transfer station will change on July 1, following ordinance amendments approved by the Board of Selectmen on June 18 and the town's joining the Housatonic Resources Recovery Authority (HRRA).

Town Administrator Jonathan Luiz estimates joining HRRA will save taxpayers about $25,000 a year. Further savings come from a staff reduction at the transfer station. On weekdays, the station will be operated by one person instead of two. There will still be two operators on Saturdays.

The moves come after two years of costs greatly exceeding revenues. Those costs were about to jump sharply in July, mainly due to the evaporation of an international market for recyclable material.

Up until now, the Town received a credit of about $15 per ton of recyclables. Starting in July, the Town will be charged $94 per ton. And that is the HRRA rate. It is much less than the amount that would have been paid to the existing take-away hauler, City Carting, whose contract with the Town expires on June 30.

Residential haulers now have the option to either take loads to the transfer station or to an HRRA site.

HRRA, created in 1986, is a regional waste management and recycling authority. With Weston, it now serves eleven municipalities in western Connecticut. Other member towns are as close as Redding and as far away as Kent. The organization is governed by representatives from each member town. It offers other services, such as educational programs, household hazardous waste days, and disposal of electronics and textiles.

Residents can continue using existing haulers and will still be able to take solid waste to the transfer station, but the days, hours, and fees change on July 1.

Sunday–Monday: closed.
Tuesday–Saturday: 8:00 am–2:30 pm.
(Most holidays will be observed on Tuesdays.)

Despite the HRRA agreement and reduced staffing, the transfer station would still operate in the red without a budget increase, mainly due to the shift of recyclables from a credit to a charge.

The new per-ton bulky waste rates and the higher bag sticker price—going up from $2.50 to $4—offset some cost increases. Last year, before the opportunity to join HRRA emerged, the Town contemplated a much higher per-bag fee, $5.50.

Editor's Note: This article was revised for clarity shortly after initial publication.