The Board of Finance, the Dip and the Dance 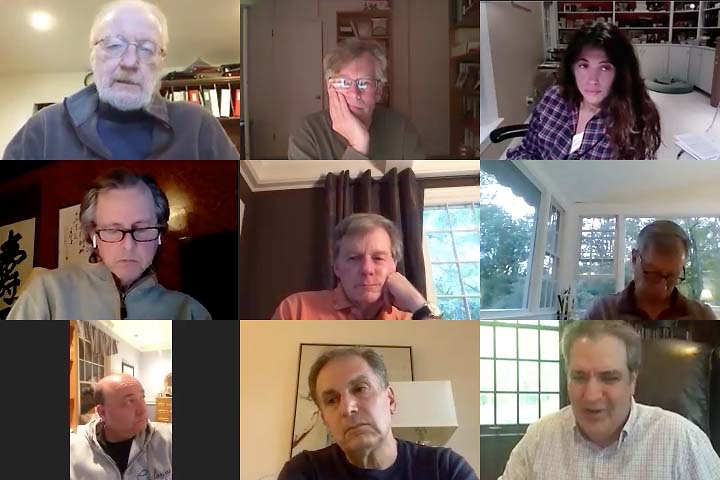 The Board of Finance meets on Thursday evening to approve final budgets for next fiscal year and set the mill rate.

The Board's May 21 meeting ended with a reasonably clear path to a zero-percent mill rate increase without changing the revised Town and Weston Public Schools operating budgets or drawing from existing reserves. A few capital expenditures would be kicked a bit further down the road.

There is no assurance the Board will follow that path.

From the time they began deliberations in earnest several weeks ago, a majority of the Board has expressed a strong desire to keep the mill rate unchanged. In their initial discussions, members seemed inclined to find the approximately $1 million needed to get there with a combination of cuts to operating and capital budgets, plus a modest draw on fund balances.

Since then, the financial picture has changed.

As Board member Rone Baldwin summarized on May 21, the current fiscal year should end with a surplus of about $682,000, due to savings realized from the schools and Town facilities being closed. Town Hall has further reduced its budget request by a net $10,000. (A few budget items rose, a few fell.) The Board of Education further reduced its operating request by $120,000, a result of personnel changes.

The rest of the $1 million could come from deferring to next year three capital expenditures: a $116,000 (rounded) installment for a multi-year project (mostly State funded) to replace the bridge on Michaels Way, $50,000 for improvements at the Onion Barn, and $40,000 to replace a Public Works truck.

Members of the Board may or may not be inclined to take the path just described. At the end of the May 21 meeting, chairman Steve Ezzes asked each member to come to the June 4 meeting prepared with his or her own approach.

In earlier meetings, there had been discussion about a more complex formula, where savings from closings—for the school district in particular—would be held in reserve and doled out as needed as the year progresses. As a result, the Board of Education and Town operating budgets would have to be sharply reduced to get to a zero-percent mill rate increase.

Most members of the Board seem to agree that there is little blood to be drawn from the stone of an already-lean Town operating budget request. Mr. Ezzes said as much on May 21, noting that potential cuts to that budget would be in minor amounts and affect valuable Town services. First Selectman Chris Spaulding said they would result in "lasting damage."

It is not at all clear where reductions could be made to the Board of Education operating request without firing teachers, as chairman Tony Pesco told the Finance Board weeks ago. Beyond the cost savings and reductions that have already emerged, no other potential cuts have surfaced in the Board of Finance meetings.

A series of supplemental appropriations over the next year would be a complicated process, as the Town Charter limits how much the Board of Finance can draw from reserves each year without a town vote. And the likelihood is high that the school district will need the funds saved this year, plus more, as Mr. Ezzes has acknowledged.

How schools will resume this fall in any way close to a semblance of normal is like a puzzle where all the pieces are the same color and have no edges.

Mr. Ezzes shared a glimpse of what may be to come: CDC guidelines that call for limiting the number of students on a school bus to 15, small class sizes, and continuous monitoring and disinfecting of restrooms. There is no telling what guidance and mandates will eventually be put in place. They won't come until weeks or months after local budgets are finalized, and it is difficult to imagine the costs.

A potential glimpse of those came last week from a Parks and Recreation Commission meeting. Before voting that it would be impossible to hold summer camps this year, members heard the quote for disinfecting from the school district's cleaning service. (The camps would have been conducted at the schools.)

The quote was for $110,000 to $220,000. It did not include personnel costs for monitors that would apply to regular school, per CDC guidelines. It is based on a camp that runs four hours a day for 25 days with 30 students, the current maximum. Weston schools contain about 2,300 students for roughly seven hours a day for 180 days in a normal school year.

So, to the vast quantity of unknowns about COVID-19 and what it will take to reopen Connecticut's economy while keeping people healthy, add the enormous uncertainty of how schools will function in the fall. That uncertainty will persist for several weeks or months.

Given the immeasurably small odds that schools will reopen with business as usual this autumn, the Weston Public School District is planning for a hybrid approach to education, involving a mix of distance learning with on-site instruction that is radically redesigned.

About all teachers and administrators have to go on at the moment is to be prepared to deliver education entirely by distance or with a blend of distance and on-campus classes where only half of the student population is present at any one time, learning in small groups, possibly attending on alternating days or weeks.

They must also prepare to alter their approach as events dictate.

The dip, the dance

For the past several weeks, we have been in what analysts often refer to as "the dip" of pandemic management, a forcible flattening of the COVID-19 curve with stay-at-home orders. The dip works, but is not sustainable without permanent damage to the economy.

We are just now entering "the dance," a gradual relaxation of self-quarantine rules that almost inevitably results in more exposure and infections. If the rise is sharp enough and alarming enough, it's back to the dip.

Just this weekend, South Korea, generally regarded as having managed the crisis better than any other country and which recently began the reopening dance, had to shut down hundreds of schools again after a surge in cases. That process will repeat. That's how the dance works.

The dance allows some measure of rebound to the economy and employment, but comes with significant immediate costs as companies, governments, and school systems cope with a volatile health landscape.

The Board of Finance meets on Thursday evening, June 4 at 6:00. Details for attending the meeting on Zoom, or by telephone, are on our Town Calendar and in the agenda on the Town website.

Editor's Note: This article has been revised since its initial publication to reflect the change of dates for the Board of Finance meeting from June 1 to June 4.