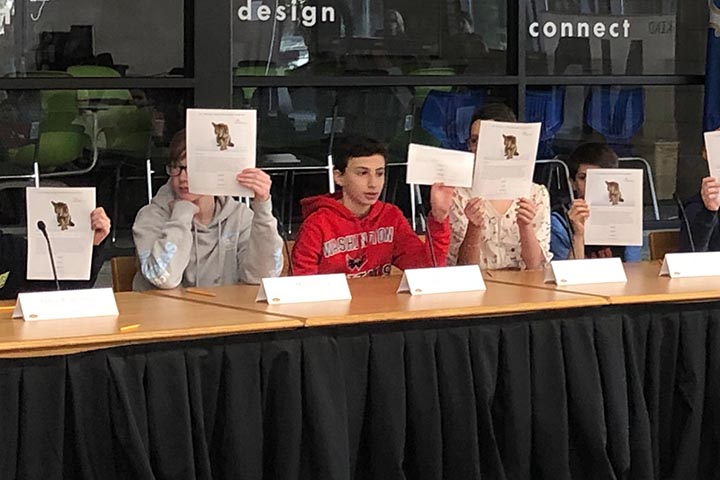 Our congratulations to Weston Middle School eighth grader Joseph Linker, whose knowledge of geography qualified him to compete in the National Geographic GeoBee state competition.

Our sympathies to Mr. Linker for the fact that, due to the current health crisis, the competition was canceled. It had been scheduled to take place today at Central Connecticut State University's Welte Auditorium in New Britain.

GeoBee was launched by National Geographic in 1988 to promote knowledge about geography among young people. Each year, students in grades four through eight from nearly 10,000 schools compete for the championship and a chance to win college scholarships.

Over 120 million students have learned about the world and participated in GeoBee over the past 32 years. 2.4 million competed this year alone.

It isn't easy to qualify for the state tournament. In addition to winning their school championship, students must take an online qualifying test, which is submitted directly to the National Geographic Society.

The competition isn't easy either. Here is a question from a recent national championship final round:

Nearly one-third of Norway's northernmost county is located on what plateau?

Before you go to the googles, the answer is the Finnmark Plateau.

Again, our hats are off to Mr. Linker.