Let the People Decide: The Story Behind the Story 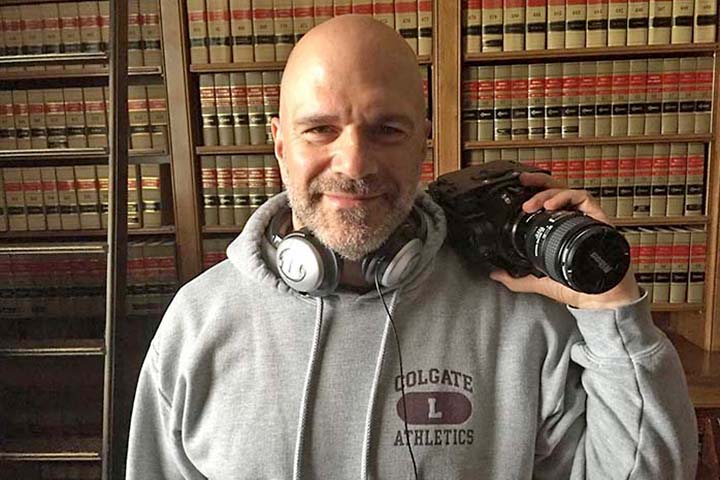 When you see Gavin Guerra's Let the People Decide on Sunday afternoon at the Library, you won't see a typical documentary about violent suppression of African-American voting rights in the 1960s. You will see a film that draws a straight line from those times to today.

You will also have a chance to discuss the topic with Mr. Guerra afterwards. He can tell you the story about the making of the film. We can tell you a little bit about it here.

It started with the purchase of a bargain-bin book.

Mr. Guerra is an award-winning 30-year veteran of the technical side of television and film. Some years ago, he picked up a couple of discount books to read on a flight home from Arizona. One was Parting the Waters, the first volume of Taylor Branch's masterful trilogy about Dr. Martin Luther King, Jr. and the civil rights movement. Much of the story is shocking and disturbing.

Mr. Guerra was particularly intrigued by the story of Bob Moses, a scholar who became a key figure in the Freedom Summer of 1964, whose work in the south to register African-Americans to vote carried a price: beatings and jailings.

"He was the opposite of Dr. King," said Mr. Guerra. "He wasn't an orator. He never asked people to follow him. They followed him anyway."

Despite his long-standing work in film, Mr. Guerra had never directed one himself. He tried to get friends with experience to take on a project about Bob Moses. They were all committed to projects of their own.

In 2013, Mr. Guerra attended a reunion of the cast of the television series Roots. In a discussion, cast members actively challenged the notion that America, despite having just re-elected a black man as president, was somehow at the dawn of a post-racial society.

Racism is still pervasive, insisted one cast member, who asked everyone in the room, "What are you going to do about it?"

Mr. Guerra turned to his friend next to him, and said, "I'm going to make a movie about Bob Moses."

"Who's that?" asked his friend.

Mr. Guerra's initial attempts to contact Bob Moses through friends and friends of friends looked promising, then fizzled. Finally, he picked up the phone and called Boston, where Mr. Moses, who is now 85, leads the Algebra Project, a program devoted to improving minority education in math. An assistant listened as Mr. Guerra described the film he wanted to make.

It worked. Suddenly, Mr. Guerra was in touch with Mr. Moses and civil rights giants like Harry Belafonte, John Lewis, Julian Bond, and Dick Gregory. They are all in the film.

"I figured it would take six months to make the movie," said Mr. Guerra.

It took six and a half years.

Toward the end of production, Mr. Guerra spent a day with the Rev. William Barber, who was about to lead a march against suppressive voter identification legislation in North Carolina.

Everyone knew Rev. Barber would be arrested. "I figured when they went to jail, I would go home," said Mr. Guerra.

Rev. Barber went to jail. Mr. Guerra went home. But on the way, about 100 miles from where he had been, Dylann Roof walked into Emanuel African Methodist Episcopal Church and shot to death nine people.

"That was sobering," said Mr. Guerra. "It drove home that this is not a game, that it has very deep roots."

Let the People Decide has won rave reviews everywhere it has screened, including the Margaret Mead Film Festival in New York.

At a Westport showing in July, two legendary civil rights figures, David Dennis and Bob Zellner, who appear in the film, saw it for the first time. Mr. Guerra kicked off a question-and-answer session by asking what they thought of the movie.

They were impressed. "I can't believe you could fit it all into one film," said Mr. Dennis.

Several of those appearing in the picture, including Julian Bond and Dick Gregory, have since passed on. Let the People Decide may be their last screen appearance, the last telling of their stories.

"I feel privileged to have been able to engage with them," said Mr. Guerra.

Let the People Decide screens at the Weston Public Library on Sunday, February 23, at 3:00. The Q&A with Mr. Guerra follows. It always helps to register and let them know you're coming.