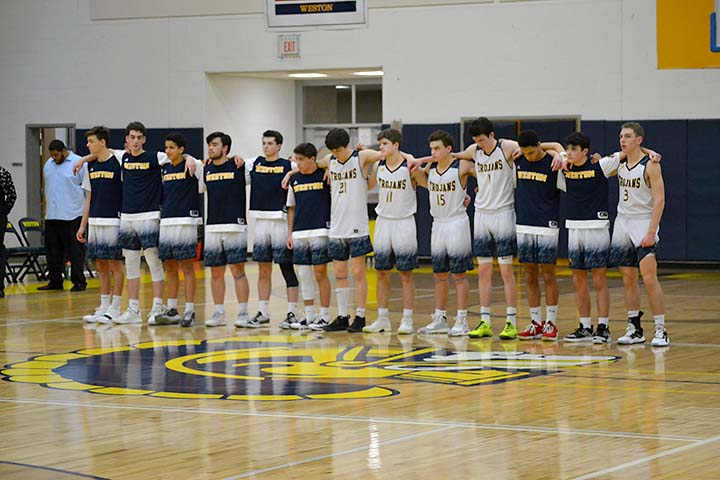 Josh Handel scored 19, Alex Olsen put in 16, and Jake Jones had 11. All three were sharp from distance, combining for six three-pointers in the game. Jones grabbed 10 rebounds for a double-double, but was one of three starters in foul trouble and on the bench in the game's closing minutes.

Trojans were down by two in the waning seconds of regulation when Mickey Stack launched a three-point try and was fouled. His two free throws sent the game to overtime.

In OT, Weston's bench came on strong. On a key play, Nick Sacchetta was fouled on a rebound attempt and dropped in two frees to secure the Trojan victory.

Our thanks to Susy Jones.