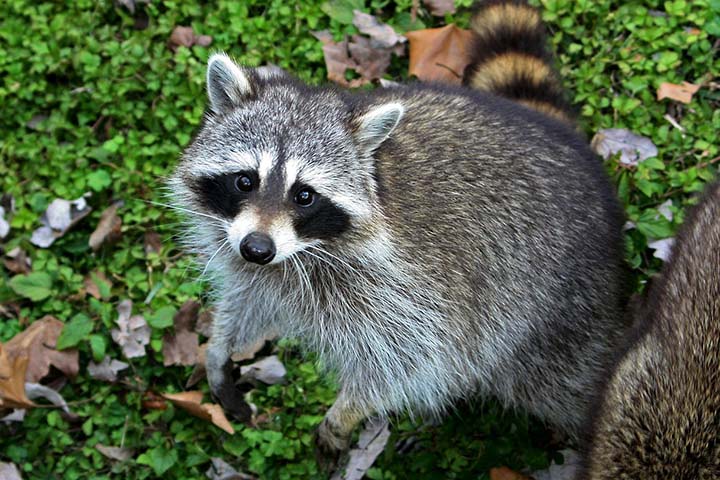 A raccoon attack late last week near Georgetown and Samuelson roads left a child and mother injured and transported by ambulance to Norwalk Hospital. Both immediately began treatment for exposure to rabies.

The raccoon attacked while mother and child were waiting in the family SUV for the school bus. When getting out of the vehicle, the child was bitten on the lower leg.

"Your senses go off when you hear your child screaming," the mother told us. She dashed out of the SUV and dug her nails deep into the raccoon's back. Her nails all broke off.

The raccoon let go of her child. It attacked her. She suffered a deep gash on her forearm, which later became infected. The raccoon bit down hard on her thumb, which, days later, she cannot bend. She fell to the ground, grasping for a rock to hit the raccoon with. The animal kept biting and scratching. She suffered an abrasion on one breast. Finally, the raccoon let go, and was gone when Weston Police officers arrived.

With the help of an alert neighbor who spotted the raccoon in "a swampy area," Animal Control Officer Mark Harper was able to track it down. The raccoon then attacked him. He was spared injury thanks to thick boots. After warding off the raccoon, Officer Harper euthanized it and sent its carcass to the State Public Health Laboratory in Rocky Hill, where it tested positive for rabies.

Officer Harper described the encounter as "scary," and says it has been about 15 years since the last similar incident in Weston. The problem is that the disease is transmitted by bites, in this case probably a rabid raccoon biting a healthy one and infecting it. He urges you to contact him at (203) 222-2642 if you see raccoons so he can keep an eye out for diseased ones.

Rabies takes about a month to incubate in a bitten animal. A raccoon in the full throes of rabies only survives a few days, but during that time it is a threat to people, dogs, and other animals.

"In the ambulance," said the mother, "I couldn't believe what had happened. It was surreal." She said the family has only lived in Weston since August.

Editor's Note: This article was revised after original publication. We were subsequently in direct contact with the mother and learned more details, which are reported in this edition.