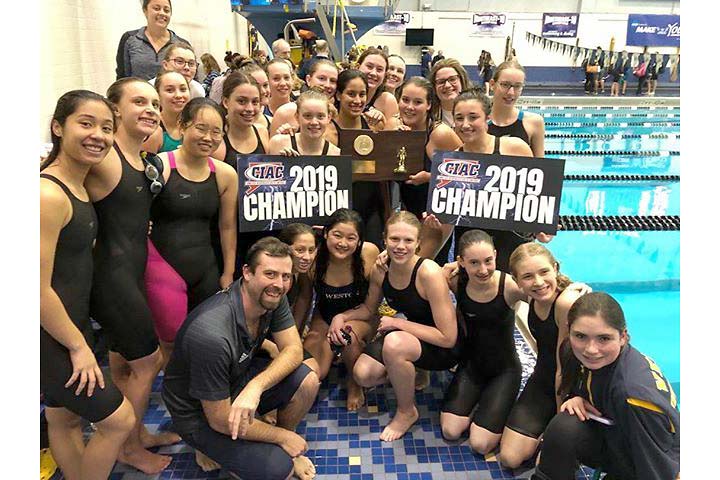 In this year's fall season, Weston's varsity sports teams turned in outstanding performances and made strong title runs. Two of those runs reached the top. Also, a winter sports coach was named Sportsperson of the Year.

Weston swimmers and divers (pictured above) won the Southwest Conference and then took the Class S State Championship title for the seventh consecutive season, their ninth in the last eleven years. Later, the team finished fifth in the state open swim meet. 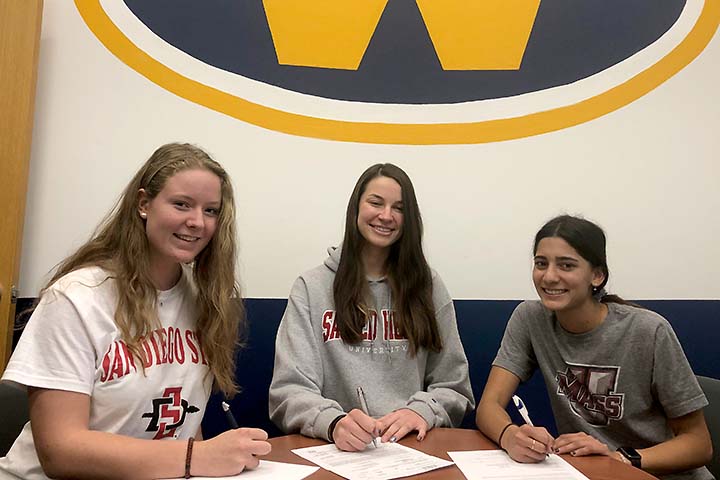 Four Weston athletes signed Division 1 letters of intent on November 25th. Pictured above, left to right, Eleanor Davies is bound for San Diego State's rowing program. Kate Anderson will play volleyball at Sacred Heart, and Kat Samaranayake is headed for UMass Amherst field hockey. Not in the picture: Elisabeth Katz, who won the state diving championship and has signed for UConn diving.

Rich Fanning, Sportsperson of the Year 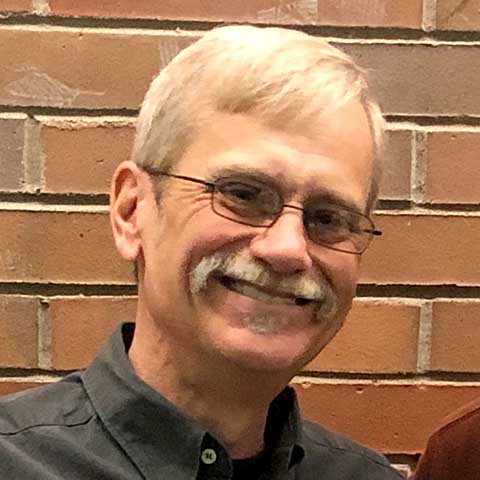 Mr. Fanning began as an assistant in 1989 and took over full coaching duties shortly thereafter. In the decades that followed, he got married and raised two boys, both of whom became members of Weston Ski. His eldest son, Nate, a UConn skier, "has been helping me coach the Weston team for the past few years," said Mr. Fanning.

"My family and my ski team family have been intertwined all those years and it has been great fun," said Mr. Fanning. "A lot of crazy things have happened over the years. I have a lot of great memories and have made some wonderful friends along the way." 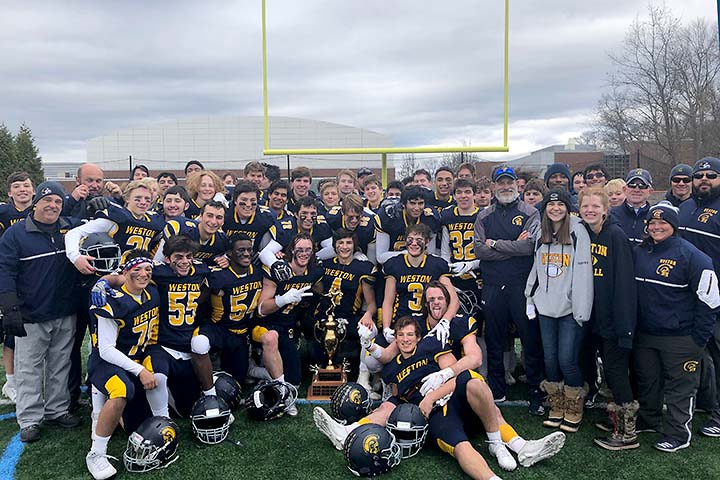 The Trojans won the Class M state championship with a 27-6 victory over Killingly on December 14. See our full game summary and a 2-1/2 minute video report on the team's triumphant return home.

In the state championship playoffs, Trojans notched a lopsided 49–6 quarterfinal win on December 4 against the Abbott Tech/Immaculate cooperative. On December 9 they won their semifinal against number one seed Rockville by a score of 37–0, setting the stage for their final victory, against Killingly, in New Britain's Veteran's Stadium on December 14.

On the Pitch, at the Net