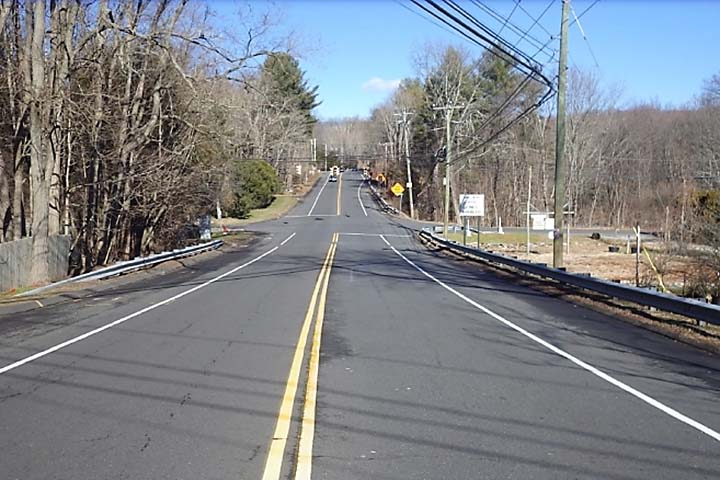 A barely noticeable bridge over an unnamed brook will cause minor traffic issues early next year and larger ones in the summer. The Weston Police department and Police Commission want you to know in advance what is coming.

The slight bridge spans Route 57 at Good Hill Road, the intersection where Weston Gardens is located. Water flows below it through a culvert. An inspection by the Connecticut Department of Transportation rated its condition as 3 on a scale of 9. That means it is currently structurally sound but in serious condition.

DOT engineers Nicholas Martin and Scott Atkins told police commissioners in September that DOT plans to replace the culvert, which is perforated, early in 2020 before the structure's condition further degrades.

Police Chief Ed Henion, Captain Matthew Brodacki, and the Police Commission have been working closely with DOT over the past several months to devise plans to minimize traffic disruption and detours while work is being done.

Construction will begin in spring. Through the season, shoulders of both sides of Route 57 will be blocked to allow preparatory work. In the summer, after the school year ends, Route 57 will be closed at the intersection of Good Hill Road for up to two weeks.

Traffic will be detoured during this time, although the engineers sounded optimistic that less time will be needed. Were it to take longer for reasons other than weather, the contractor would face penalties of $52,400 per day.

Automobiles will be diverted to a 1.3 mile loop around Held Pond, along Broad Street, Cavalry Road, and West Branch Road.

Trucks will have a much longer detour — a little over 9 miles — confined to State roads, including routes 53 and 33. Weston police will coordinate with their counterparts in Wilton and Westport to make sure trucks are diverted at the proper locations. A large number of prominent signs will also be deployed. 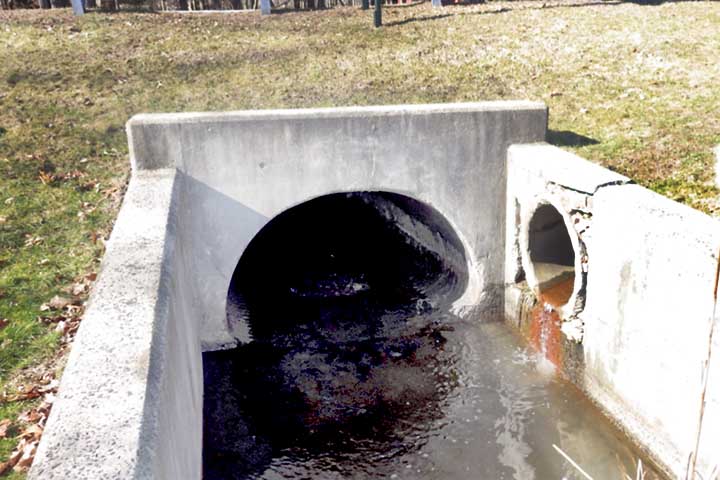 DOT photo. The culvert from the east.