An Urgent Call to Action on E-Cig Vaping Epidemic 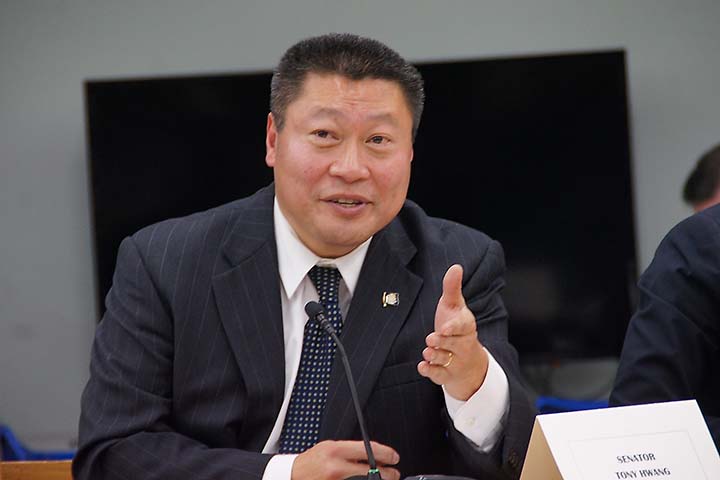 You’ve probably been reading a lot about vaping in the news lately. From the increased instances of vaping-related pulmonary illnesses across the country to the marked surge in tobacco use among teenagers, it’s an issue worth our attention — and strong call to action.

According to the Centers For Disease Control 2018 National Youth Tobacco Survey, between 2017 and 2018, e-cigarette use (vaping) increased by 78 percent among high school students and 48 percent among middle school students. These are alarming numbers, especially given that nearly 1 in 3 cancer deaths is directly related to tobacco use.

In Connecticut, we have made initial steps to address this public health crisis. I applauded and participated in the bipartisan passage of Tobacco 21 legislation, which raises the age to purchase vaping and tobacco products from 18 to 21 and increases enforcement on those who sell to minors. The new law, which takes effect on October 1st, is a huge step forward in helping to stop this epidemic in its tracks. It protects those under 21 and gives teachers and administrators better grounds on which to enforce vaping bans in our schools.

One area I had hoped to see addressed in House Bill 7200 (Tobacco 21) was the sale of flavoring mixtures used with e-cigarettes. Flavors like cotton candy, bubble gum and chocolate cake are tempting for young people and are clearly intended to appeal to them in much the same way as the Joe Camel cartoon once did. Two states — Michigan and New York — have already banned the sale of flavored e-cigarettes. While Connecticut has taken steps in the right direction, there is more we can do.

Balance is needed with respect to individual choice. While it’s important that we safeguard our youth, adults over the age of 21 have the right to make their own decisions with respect to legal tobacco and nicotine products. There is some evidence that for adults who already smoke, e-cigarettes may offer some benefits when compared to traditional cigarettes, particularly in the area of smoking cessation. But for teens, young adults and those who have never smoked before, e-cigarettes not only pose health risks but may lead to long-term and possible lifetime nicotine addiction.

As a state senator, I believe that legislative action can impact societal behavior, but I also know that when it comes to issues like these, we need more than laws. We need to raise awareness and educate families and educators, equipping them with information and resources they need to discuss the dangers and health risks of vaping. Unfortunately, this is an area where Connecticut has fallen behind. While we are first in terms of cigarette taxes (at $4.35 per pack, we are tied with New York for the highest in the U.S.), we are last in tobacco control and prevention funding.

Tobacco companies have paid billions of dollars to state governments as part of the largest civil litigation settlement in U.S. history. Sadly, in Connecticut over the past 19 years, just over 1 percent of those annual payments deposited into the Tobacco Settlement Fund have actually been spent in support of smoking cessation and education services. Instead, funding intended for tobacco control has been raided, cut, swept or redirected 79 times. Only $29.2 million has been spent on tobacco control since the fund was established in 2000, while $277 million has been redirected to non-tobacco-related programs.

I will continue to raise awareness on vaping and other issues that affect the health and well being of my constituents and all the people of Connecticut. My commitment is and always has been to the communities I serve.

Senator Tony Hwang is Deputy Senate Republican Leader representing the 28th Senate District encompassing the towns of Fairfield, Weston, Easton and Newtown/Sandy Hook. He serves as the ranking minority leader on the Public Safety & Security, Higher Education & Employment and Housing Committees and as a member of the Transportation Committee.

Senator Hwang is happy to speak with any of his constituents. Just call (860) 240-8805, send an email to Tony.Hwang@cga.ct.gov or visit www.SenatorHwang.com.