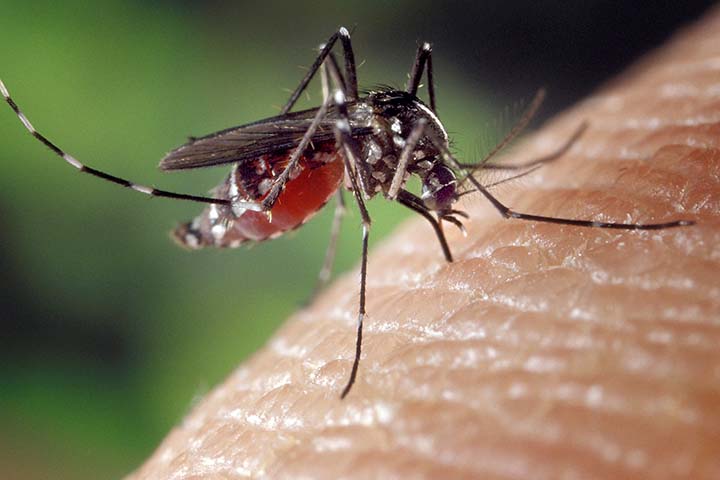 The Westport Weston Health District reports today that, so far this season, the EEE and West Nile viruses have not been found in mosquitos in Westport or Weston, but that it may only be a matter of time. West Nile virus is usually identified in local mosquitos later in the fall. The mosquitoes that carry the virus are active until the first heavy frost.

Two Connecticut residents have contracted EEE so far this year. Earlier this month, one of them, identified as an adult in Old Lyme, died.

According to Department of Public Health Commissioner Renée Coleman-Mitchell, there is no specific treatment for EEE, and approximately one-third of patients who develop it do not survive. "Using insect repellent, covering bare skin and avoiding being outdoors from dusk to dawn are effective ways to help keep you from being bitten by mosquitoes," said the commissioner.

At the Capitol this week, Governor Ned Lamont said: “State government is being cautious on people's behalf and we are just warning folks to be careful, but there is no need to panic.”

Still, Mr. Cooper reports that states throughout the Northeast are experiencing an active season for EEE and that, in addition to the virus being found in mosquitoes, human cases of EEE, including fatalities, have occurred this year in Massachusetts, Rhode Island, and New Jersey.

Eliminate any objects outside that can hold water.


Clean house gutters that may be retaining water.

Make sure the covers that are on grills, boats, pools, and other equipment do not collect water.

Ensure door and window screens are tight fitting and in good repair to avoid mosquito bites when indoors.

In addition, the District recommends measures to help reduce bites from mosquitoes that feed on people:

Be particularly careful at dusk and dawn when mosquitoes are most active.

Use mosquito netting when sleeping outdoors.

Consider the use of CDC-recommended mosquito repellents containing DEET, picaridin, oil of lemon eucalyptus, IR3535, or 2-undecanone. Apply according to directions when it is necessary to be outdoors.

When using DEET, use the lowest concentration effective for the time spent outdoors. For example, 6 percent lasts approximately two hours and 20 percent lasts four hours. Wash treated skin when returning indoors. Do not apply under clothing, to wounds or irritated skin, the hands of children, or to infants less than two months old.