Firestorm and Retreat Over Meal Tax 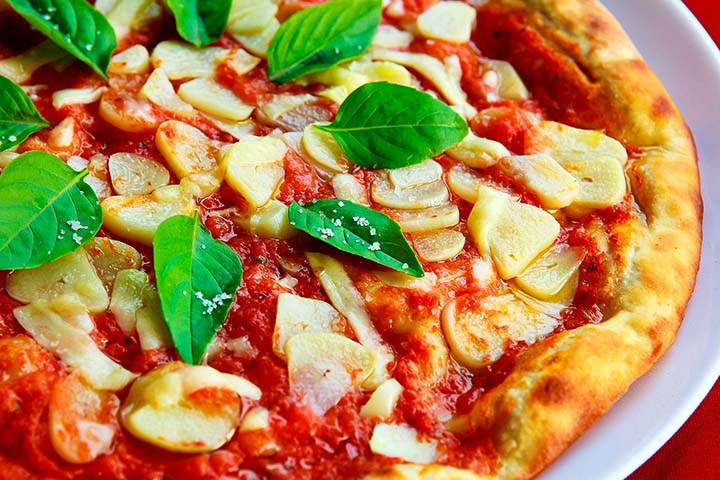 Guidelines released last week by the Connecticut Department of Revenue Services for taxes on prepared foods have created something of a firestorm and prompted vigorous backpedalling in Hartford.

The biennial budget enacted this year calls for adding a 1 percent "meal tax" surcharge to the 6.35 percent sales tax charged for restaurant food and prepared foods purchased in stores. But the DRS guidelines extend the tax well beyond what many legislators appear to have expected, including into items that previously weren't subject to sales tax in grocery stores at all.

According to State Senator Tony Hwang, the tax will apply not only to prepared meals such as sandwiches, pizza, and hot buffet items, but also to containers of lettuce, small packages of snacks, loose baked goods, wrapped salads, small servings of ice cream, and meal replacement bars. It also applies to fountain drinks, including coffee, and any beverage sold with a taxable meal.

If the senator's comments sound harsh, they are gentle compared to the reaction by some in the legislature's majority.

Representative Anne Hughes told Weston Today: "I literally said this to leadership: as Democrats, we have NO business locking up food or children. Period."

Rep. Hughes said she and every member of the House Democratic caucus signed a letter to DRS Commissioner Scott Jackson urging "an immediate review of the policy guidance…recently released concerning the new 1% meals tax." The letter went on to say: "The unilateral decision by the agency to expand the sales tax to additional food items is not consistent with the intent of the budget."

At press time, efforts to reach Senator Will Haskell for direct comment had not been successful. In a statement released this morning, the senator said: "I don’t think the state should be in the business of sneaking in new taxes outside of the normal legislative process. I join my colleagues in calling for revisions to the DRS’s guidance."

Walking — or Pushing — it Back

This afternoon, Matthew Brokman, chief of staff for the Connecticut House Democrats, told Democratic lawmakers that efforts devoted to "encouraging the administration to rethink the DRS policy" have been successful. Mr. Brokman said Governor Ned Lamont instructed DRS and the Office of Policy and Management to "better align the definition of meals with the intent of our budget."

Citing comments made by OPM Secretary Melissa McCaw, Mr. Brokman predicted the new DRS guidelines would either be rescinded or replaced in a way that "more closely aligns the DRS policy to the budget." He added that he believes "this will be done quickly."

Senator Hwang was kind enough to provide us examples of items the Department of Revenue Services intends — or intended — to tax at 7.35 percent in restaurants and grocery stores.

Ice cream, frozen yogurt, and other frozen desserts sold in containers of less than one pint

Salads that are not greens-based (macaroni, potatoes, pasta, fruit, etc.) sold in containers of 8 ounces or less

Pies or cakes by the slice

Pizza, whole or by the slice

Cooked chicken sold by the piece, including buckets of chicken, and whole cooked chickens

Hot dogs served on a bun or heated

Bagels that are individually prepared

Soup sold in containers of 8 ounces or less, unless sold in factory pre-packaged units

All beverages provided with the sale of a taxable meal

Food sold at a hot buffet

Food that is cooked to order

Popcorn, kettle corn, nuts and any other snack foods that are kept warm for purchase

Also, items such as salads, side dishes, and rolls, when sold as part of family pack meals typically including, whole chickens or buckets of chicken, when prepared and sold for immediate consumption, even when the items exceed the weight or quantity limits specified above.

Examples of taxable drinks, taxed at 7.35% in eating establishments and grocery stores, include:

Coffee or tea (ready to consume, hot or iced)

Fountain drinks of any kind