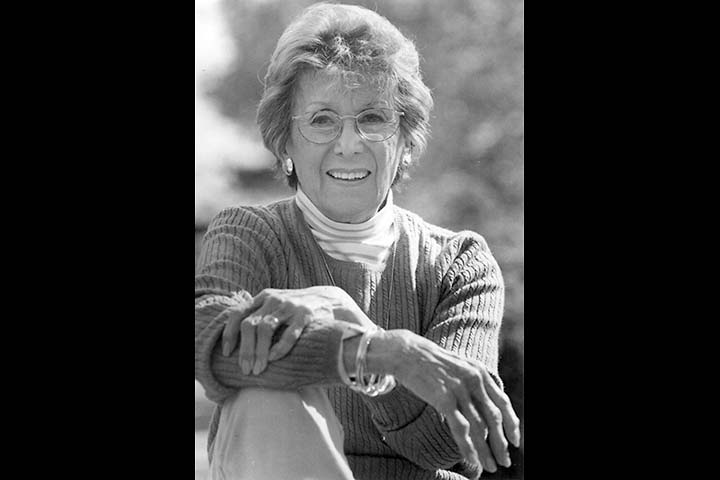 Betty L. Corwin died Tuesday, September 10, at the age of 98 at her home in Weston, Connecticut surrounded by loved ones. The Founder and Director (from 1969 - 2000) of The New York Public Library's groundbreaking Theatre on Film and Tape Archive (TOFT), Betty created one of the most important and vital resources in the worldwide theatre community.

In November of 1969, Betty came to the Library for the Performing Arts and proposed the idea of preserving visual records of live theatre performances. She was provided with a desk and a phone, and initially worked on a volunteer basis. Despite many obstacles and after lengthy negotiations with the theatrical unions and guilds, the Theatre on Film and Tape Archive (TOFT) was established and made its first recording in November 1970. The collection has become the foremost archive of live theatre performances in the world and a role model for similar archives in the United States and abroad.

In 2001, Betty was recognized with a Special Tony Award for her service to TOFT and the preservation of theatre. Today, TOFT holds more than 8,000 recordings of Off-Broadway, Broadway and regional performances, and interviews with theatre legends.

Betty understood the invaluable importance of documenting performances and productions which would otherwise be lost to the ages. The work of so many artists has been preserved because of the TOFT Archive, and countless academics, educators, students, journalists, theatre professionals, and theatre-lovers will be inspired and enriched for generations to come by the collection Betty worked tirelessly to create and nurture. TOFT's success today and continued impact is a credit to her vision, leadership, and legacy.

In addition to Betty’s many accomplishments, she was a wonderful mother, friend, and mentor. She maintained the spirit of her youth throughout her long life. She had a gift for connecting deeply with those around her, frequently breaking into a song that she related to the moment.

She was surrounded by her loving children and friends in her final weeks and hours. She passed peacefully, with the dignity, grace and determination that marked her amazing life.

The family is planning a private gathering later this fall, and there will also be a public memorial held at the New York Public Library for the Performing Arts, at Lincoln Center in New York City, date to be announced. In lieu of flowers, memorial contributions may be made to Doctors without Borders at doctorswithoutborders.org.