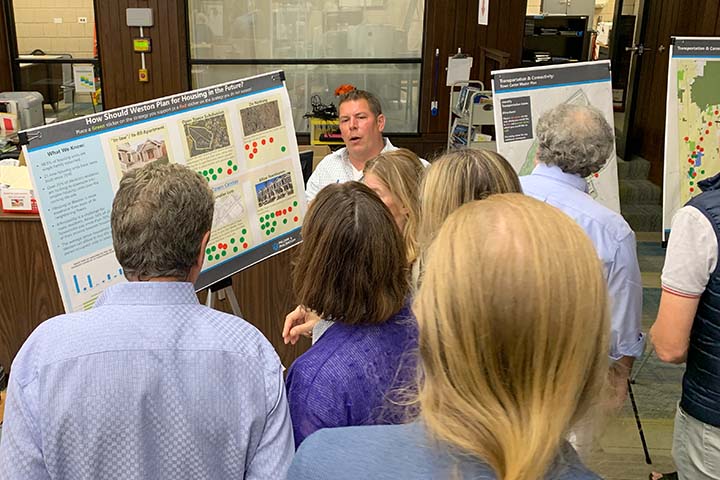 About 50 residents turned out for a workshop on Monday evening that focused on key elements of a ten-year Plan of Conservation and Development (POCD), which the Planning and Zoning Commission will complete over the next several months.

The workshop was designed to be interactive, with participants registering their opinons about how the town should plan for open space, pedestrian connectivity, sustainability, and housing. It was run by consultants from Milone and MacBroom, the firm assisting P&Z in developing the plan.

If you missed the workshop, you can still participate in an online version through September 17.

Consultants Mike Zuba and Elizabeth Esposito began the session with a brief overview of the POCD process and where it stands. Public input has been obtained from a townwide survey late last year, several workshops focusing on Town Center have been conducted, discussions have been ongoing with P&Z and Town staff, and the consultants have offered recommendations. The process is currently, according to Mr. Zuba, in a "vision and strategy" phase.

Part of that vision is the question of whether Weston should have more commercial zoning, something Milone and MacBroom have recommended. P&Z is not yet at the stage of deciding whether it should be part of the plan, and more public input will be obtained as the process continues.

In a general discussion before the activities, several participants wondered if increased commercial properties would be financially viable in Weston. Mr. Zuba said zoning alone does not necessarily mean commercial or retail properties would be built, that zoning would only allow them to be built in the future if economic conditions cooperate.

Another brief discussion centered around affordable housing. P&Z chairman Ken Edgar explained that State law requires P&Z to address affordable housing in the ten-year plan and that, also by law, Connecticut municipalities are supposed to have a certain amount of such housing available. He noted that applications to build affordable housing supersede local zoning regulations, but in a town with Weston's topography, development could be exceedingly difficult, given that issues of watershed, water supply, and septic systems could present daunting challenges.

The activities occurred at four work stations, one for each major topic. Opinions were registered by posting notes and stickers and, in one case, rating priorities by placing popsicle sticks in jars. In the online version, you click.

A similar workshop takes place on October 10, at 7:30 pm in the Weston Middle School Library. 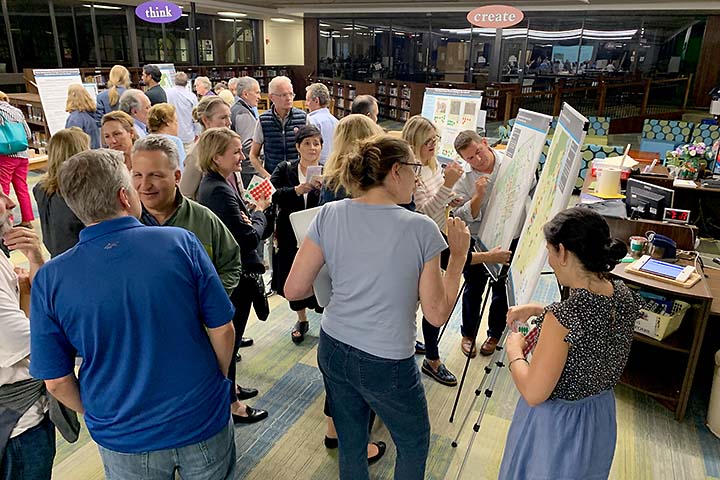 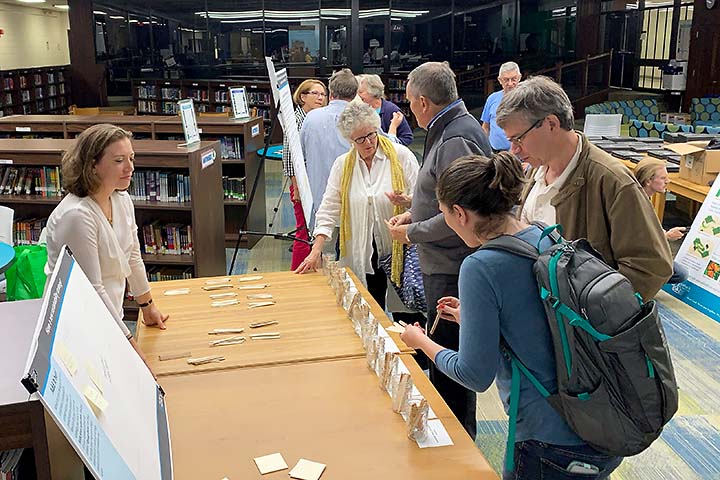 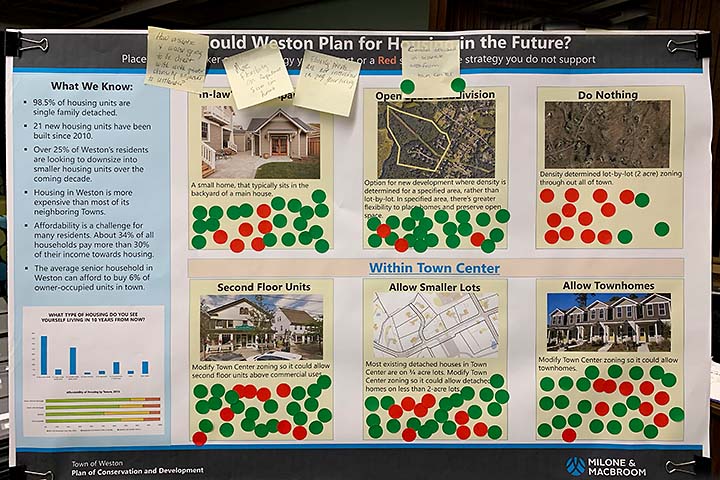