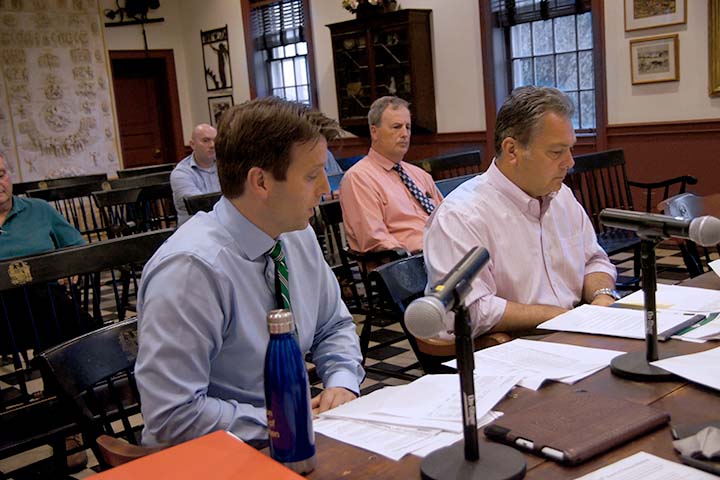 June 22, 2019 — State grants Weston once could count on became unreliable in recent years with budget machinations in Hartford, becoming so uncertain that the Town stopped including them in its own budget revenue forecasts. This year, they arrived, over $330 thousand in found money to add to $550 thousand the Town already budgeted for road improvements.

It’s at least a start. Looking ahead, the Town is already making plans to catch up with long-needed repairs and find a steady maintenance footing.

This year, Cannondale Road and Old Mill Road get completely repaved. School Road gets repaved from Hurlbutt Elementary School to the soccer fields.

With the additional funds, repaving of Steep Hill Road now extends from Old Hyde Road to Tannery Lane North. Codfish Lane gets repaved from Old Redding Road all the way up to Eleven O’Clock Road.

These are approximate spans. They could shrink or extend slightly as the actual work is done.

Stretching the Dollars, Planning Ahead

The allocation for the work was given final approval on Thursday evening by the Board of Finance. It includes funds for contingencies, which Public Works Director Lou Martirano hopes not to use for the unforeseen but instead apply it to sealing cracks on roads that are in fair to good condition, extending their lives.

The budget also includes funds to engage an engineering consultant to conduct a thorough, detailed assessment of all Weston road conditions to help prioritize future repairs.

In a difficult year when many Town budget items were reduced, the Board of Selectmen increased funding for road improvements by ten percent and intends to add at least that percentage each coming year. However, those increased levels are still considered insufficient. The idea to issue bonds to fund a rapid recovery is still being considered. Any decision appears unlikely until the full assessment of conditions is complete.

Other economical ways to pick up the pace are being considered. The crack sealing technology is one. Another is micro-paving, where a shorter-term fix is achieved by applying a thinner layer of asphalt. In the end, a complete solution will probably involve simply spending much more money each year than is currently allocated.

In March, Mr. Martirano told the Board of Finance that 34 Weston roads are behind the 20-year repaving cycle and that eight are in "desperate" shape. With this year’s work and the added funds, those numbers are reduced.

Mr. Martirano says part of the problem with current road conditions is that the 20-year repaving cycle is an outmoded metric from the 1980s. Asphalt is made differently than it was back then, and while road salt is always a suspect, he attributes shorter lifespans to a combination of changed materials and more acute winter freeze-thaw cycles. He estimates a realistic road life-expectancy today is closer to 14 years, shorter depending on many factors. Steep Hill Road was last paved only nine years ago.

Town Administrator Jonathan Luiz told the Board of Finance that contractors are on notice that materials used in road repair will be tested, and their contract terms will hold them accountable for quality.

Mr. Martirano told the Board it costs $200 thousand to mill and repave one mile of road, twice that if it degrades so much it must be “reclaimed.”

The Board of Finance agreed with Richard Bochinski, who said “it only makes sense to use everything we have to do as much as we can” before roads deteriorate to that point.