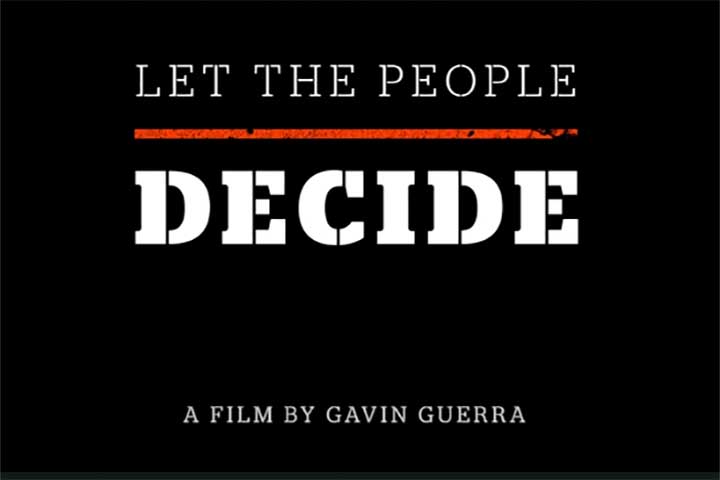 June 3, 2019 — A screening of “Let The People Decide,” a documentary by Weston filmmaker Gavin Guerra, takes place at 7:00 in the evening of July 18 at the Westport Library.

The film chronicles the systematic suppression of voting rights for African-Americans over the past 60 years and counting. It also tells the stories of major civil rights figures who have fought for voting rights.

Two of those figures will join Mr. Guerra in a 5:30 Q&A session at the Rothbard restaurant on Main Street in Westport. They are David Dennis and Bob Zellner.

Mr. Dennis was one of the Freedom Riders from Alabama to Mississippi in 1961 and helped organize the Freedom Summer of 1964. Three of that program’s participants — James Chaney, Michael Schwerner, and Andrew Goodman — were jailed for speeding in Mississippi. Their bodies were found in a deep grave six weeks later. Mr. Dennis’s passionate eulogy at the funeral of Mr. Chaney is a signature moment of the 1960s civil rights era.

Mr. Zellner endured beatings and jailings in the 1960s South for participating in demonstrations and leading voter registration drives. He later taught the history of the civil rights movement at Long Island University and continues to write and speak on the topic. In 2013 he was arrested for protesting North Carolina’s voter ID law.

The event will also be a fundraiser to help defray Mr. Guerra’s post production costs, including fees for archival footage. Contributions can already be made online.

The trailer for “Let the People Decide” is also available for viewing online.