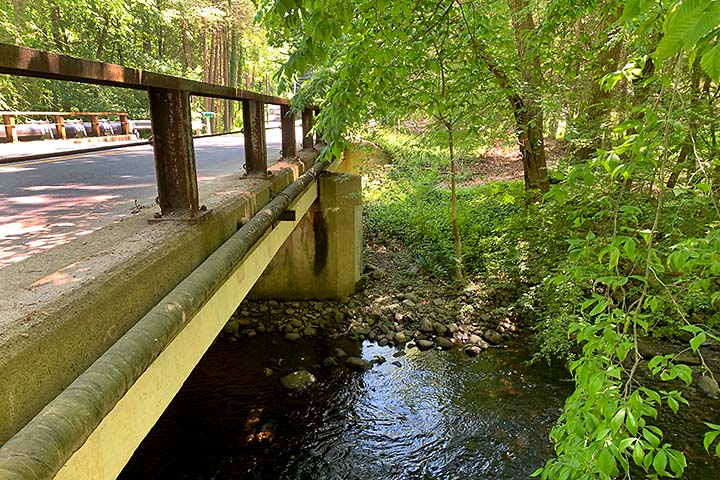 May 28, 2019 — On May 23, members of Westport’s Board of Finance accused Weston of being disrespectful, bad neighbors, and threatened to increase the price of beach passes to retaliate for Weston’s position on cost sharing to rebuild a bridge on Cavalry Road.

A local Westport paper reported that the contretemps began when Westport First Selectman Jim Marpe said he had attempted to contact Weston First Selectman Chris Spaulding on the matter and received no reply. Mr. Marpe did not say that. The report was later redacted at Dr. Spaulding’s insistence.

In fact, the comment was made by Westport Board of Finance chairman Brian Stern, who said he had placed a call to a Weston official, not the First Selectman, and had not heard back. This morning, Mr. Stern told Weston Today he took the lack of response as an oversight, “certainly nothing hostile.” In whatever way it was taken by Board members, the meeting’s tone from that point on was decidedly sharp.

At issue is a small bridge on Cavalry Road at the Weston-Westport line. Connecticut’s Department of Transportation says the bridge is currently safe, but a routine inspection rated the superstructure condition poor. Federal funds have become available to cover 80 percent of design and construction costs, which will total roughly $2.3 million, leaving Weston and Westport to provide just over $480 thousand. At the moment, the two towns have differing perspectives on how that burden should be divided.

From comments by Westport Public Works director Peter Ratkiewich at the May 23 meeting, Westport appears to have a standard approach to sharing costs for similar projects with other towns: a 50-50 split. But Westport’s projects usually involve towns with a roughly equivalent tax base: Fairfield and Norwalk. In comparison, Westport’s Grand List is nearly four times as large as Weston’s.

So, when Weston Town Administrator Jonathan Luiz presented the scope of the project to Weston’s Board of Finance early in 2018, the Board insisted, considering Weston and Westport’s asymmetrical resources, that a 50-50 split was unfair. Mr. Luiz was instructed by Finance, and again in April of that year by Weston’s Board of Selectmen, to go by a State statute.

The statute says costs should be divided proportionately based on tax revenues, unless the towns involved agree to some other arrangement. First Selectman Spaulding noted at the time that the same approach would be taken in a pending project with Easton, even though it meant Weston would assume more than half the cost in that case.

The seeds for the current disagreement may have been planted at that time. It appears there was initially a general assumption in both Town Halls, going back to 2017 or earlier, that costs for the Cavalry Road bridge would be split evenly. There may have also been an assumption in Weston that insisting on a proportionate split could lead to a negotiation. That doesn’t seem to have happened.

Mr. Ratkiewich told his Board of Finance on Thursday evening he had inquired if Weston would budge and was told no. Mr. Luiz wouldn’t put it that way, but agrees he responded that the position of Weston’s boards was firm. After that, Westport’s finance and legal departments consulted the statutes and Grand Lists, specified the revised split (roughly three quarters to Westport, one quarter to Weston) and agreed with Mr. Luiz that, with the statute invoked, no formal interlocal agreement need be written. 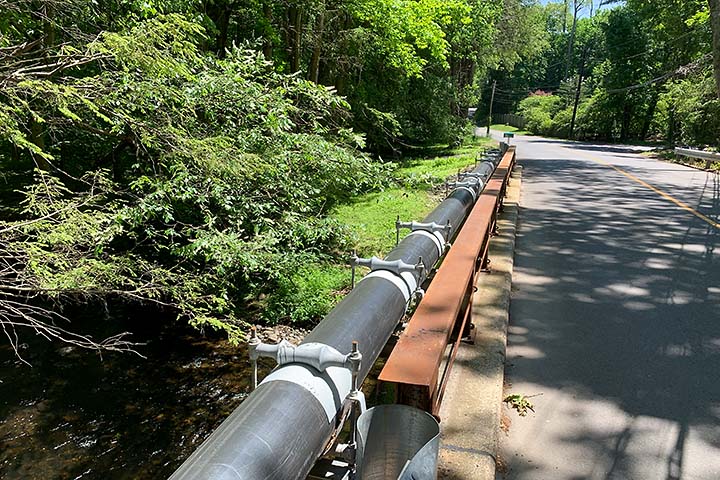 It does not appear any of that was fully communicated to Westport’s Board of Finance. So, more than a year later, that Board was presented with a bill for its share of design costs, the first and least expensive step, probably expecting a 50-50 split, and seeing instead a 74 percent share for Westport and 26 percent for Weston.

Some Board members didn’t enjoy the surprise, and apparently still believed they were being stonewalled.

One member: "Why would we possibly want to take more than our fair share when they won't even talk to us?"

One: “I know it's going to upset people, but I would bump up the beach pass." Another: “I was thinking the same thing.”

And then: “I think they're trying to screw us, and I don't like that.”

And finally: “I’m going to vote for it, we'll get it done, but I think we raise the beach passes. I think it's silly. I think it's embarrassing to have this special relationship with the town of Weston. Nothing against the people of Weston, but why are they the chosen ones?"

First Selectman Marpe did not join the chorus. “We've already done one iteration of raising the beach passes,” he said, “so you could argue that it's them coming back at us for that, but I'm not sure I would connect the two.” He promised to communicate the Board’s “outrage” to his counterpart, Dr. Spaulding.

An ironic element is that, by all accounts, the two Firsts have an excellent relationship, and speak highly of each other. Dr. Spaulding told us the main reason he was upset about the erroneous press report: “I can’t conceive of not returning a call from Jim Marpe or any other First Selectman. I don’t want citizens in Weston or in Westport to think for a second that would ever happen. We work very closely together, and everything we work on is very important.”

In a conversation over the holiday weekend, Mr. Marpe said “I would never want an issue to get out of perspective or damage my relationship with Chris Spaulding or the connection between our two communities. Westport and Weston have everything in common and share a rich history. On this matter, the bridge obviously needs repair. I’m sure we will come up with an appropriate, amicable solution.”

Dr. Spaulding took issue with the notion that Weston and Westport don’t have a “special relationship.”

“We don’t look at things in terms of Weston versus Westport,” he said. “We have so much in common. We share a health district. We share the YMCA. We share a Chamber of Commerce, whose chairman happens to live in Weston. We go to each other’s community activities. We have mutual aid agreements that work very well. I’m actually surprised by that statement. I never hear people from Weston saying things like that about Westport.”

Dr. Spaulding added: “I’m perfectly willing to sit down and discuss our differences. I’m certainly willing to listen and have talks if Westport wants to. That said, threatening Weston citizens is not a good way to start. I have a fiduciary duty to Weston taxpayers and to be a good steward of Weston’s finances.”

Mr. Stern, the Westport Board of Finance chair, said almost the same thing: “Times are tough. Everyone wants to protect their taxpayers. That’s what we’re supposed to do.”

“We started on the assumption between engineers that there would be an even split. Neighbors should be able to agree. A statute can be the ultimate fallback, but is it a neighborly approach?”

Mr. Stern said he regretted the “heated language” at the Finance meeting, and said this issue has no proper connection to beach pass fees. “Come and enjoy our beach!” he said. “We love having people from Weston at Compo Beach!” 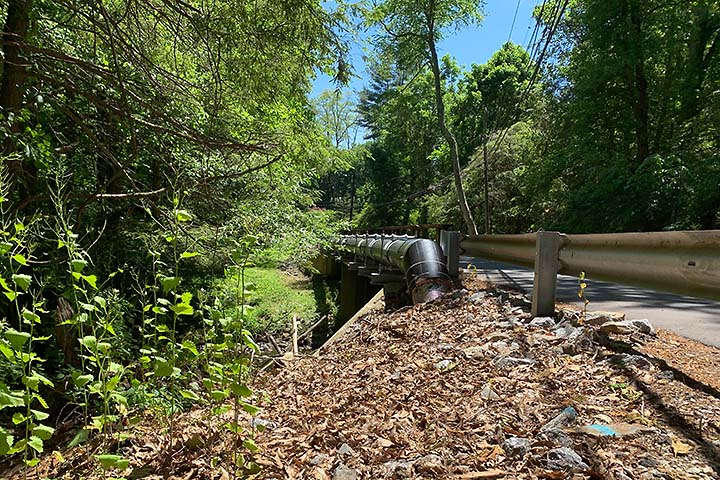