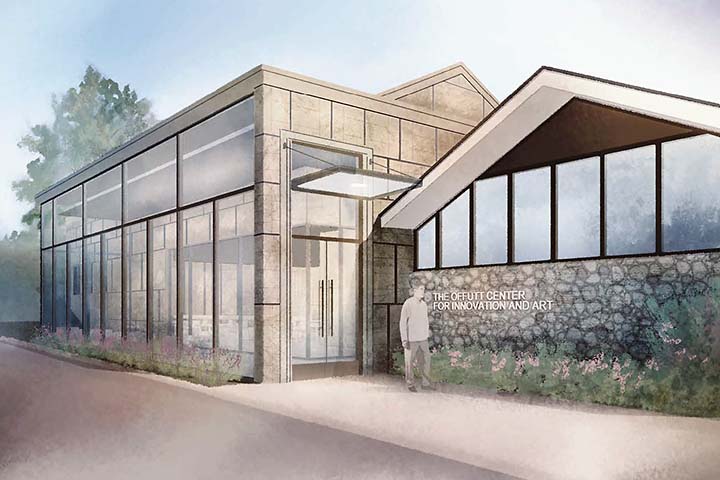 April 10, 2019 — In January, we reported that the estate of Daniel E. Offutt III offered to donate $5 million to renovate and expand Weston’s public library to include a new arts and innovation wing.

Plans for the project continue to move ahead.

The Planning and Zoning Commission voted in favor of the project on March 4. A formal agreement between Mr. Offutt’s estate and the Town is being developed. Once that is done, an application will be submitted to the Historic District Commission. Eventually, a public vote will be held to approve using town-owned land for this purpose.

Paul Deysenroth, who chairs the Historic District Commission, told us its basic task is to ultimately decide whether to issue a certificate of appropriateness, a determination that the proposed Library expansion is “not incongruous” with the character of the district. Before the Commission acts, the public will have input at a hearing.

Mr. Deysenroth explained that the Commission operates under state guidelines and statutes, and is responsible for weighing in on changes to any structure in a historic district, which could include everything from whole buildings to new windows or lamposts.

We should note that we spoke with Mr. Deysenroth only about how the Commission functions, not about the proposed Library expansion itself.

A reading of the State’s guidelines describes an approach intended not to freeze an historic district in time, but to preserve its heritage and character while accommodating evolved uses and desires. In the case of a building like the Library, enhancements need not be identical to the original structure, but should at least be complementary and appropriate.

The designer of the proposed expansion likes that approach.

The Basic Concept: a Community Space

We spoke with Hanna Przada of Lyons Plain Architecture, who created the conceptual design of the Offutt Center for Innovation and Art. Ms. Przada said she “looks forward to working with the Historic District Commission. It will make the project even better. This has been a cooperative effort from the beginning. I was guided by the knowledge that Chris Spaulding and Jonathan Luiz have about the town’s needs.”

“It’s been fantastic working with Hanna,” said First Selectman Spaulding. “I’m extremely confident she will deliver something awesome for the town. It will be very Weston.”

Ms. Przada is most enthusiastic about the Offutt Center’s potential as a community resource for all generations. “No matter what kind of Library program is running, everything from 3D printing to pottery classes, whether you’re a senior or a student, you’re never isolated,” she said.

The location takes full advantage of well-timed State grant funding for new sidewalks that will connect the schools with the library and the entire town center campus. Access to the building, which will be able to run on its own schedule even when the main library is closed, will be equally walkable for students coming from the schools and seniors coming from the Senior Center. 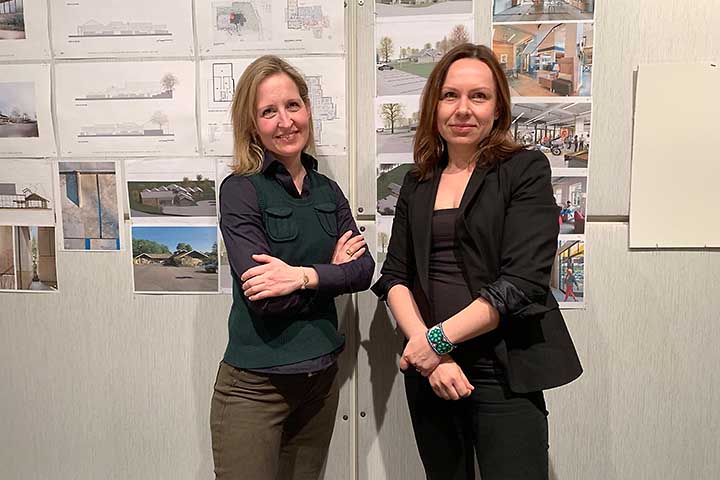