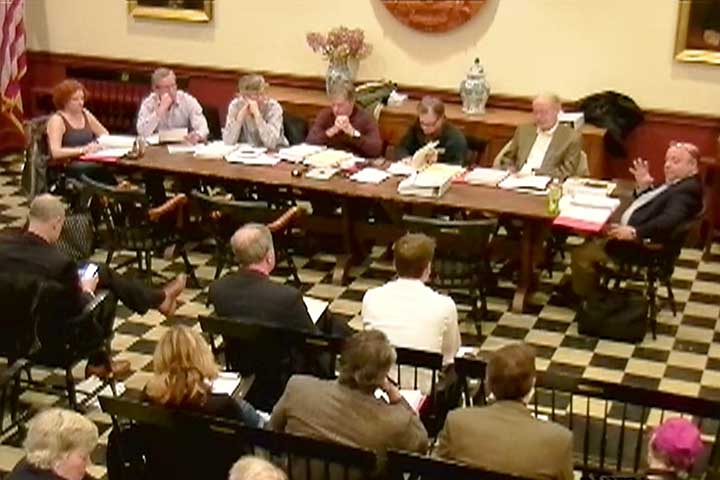 The Board also came close to cutting $458 thousand in planned physical enhancements to school security.

The net result from all budgets, if approved by voters, is a projected 2.48 percent mill rate increase, not including an adjustment that comes as a result of the recent townwide revaluation. With that factored in, the mill rate would rise 10.14 percent, but the extent to which that impacts individual tax bills depends on the new valuation of individual properties.

Cuts to the Town budget add up to a large number but involved only two items. The allocation for Police overtime was reduced by $15 thousand and the planned purchase of a $250 thousand Public Works heavy vehicle was postponed, spread out with appropriations over four years, with only $62,500 set aside in the fiscal 2019-20 budget.

The original school district proposed operating budget called for a spending increase of around $2 million. The Finance Board’s $393 thousand reduction will likely require the district to make changes that, as the administration has consistently put it, “touch the classroom.”

It is not clear what those adjustments entail, although contingency plans have been made and discussed with the Board of Finance in executive sessions. That likely means they involve reductions in personnel.

The Board of Finance did not reduce proposed capital improvements for the schools, except to formally delete a request for $28 thousand to replace the gym floor at Hurlbutt Elementary’s North House. The district had already decided not to proceed with that for the time being, out of concern that there may be asbestos below the floor and repairs would be far more involved and expensive than anticipated.

Observers were surprised when board member Melissa Zales Koller moved to cut $200 thousand from a $458 thousand capital request for school security improvements.

We do not know what those funds are for, as their purpose has not been made public. But the Board knows, as the topic has been discussed in executive sessions with the Board of Education and Weston Police department.

Ms. Zales Koller asked “at what point are we spending more for school security with little marginal benefit?” She later suggested the $200 thousand could be returned to the schools operating budget. Superintendent Dr. William McKersie, whose allocation had just been reduced, said he “would rather not make that trade.”

Whatever the work is, it is the final phase of physical security improvements that have been ongoing for some time. Board of Education chair Gina Albert said she doubted it could be done piecemeal, and pointed out that 23 percent of the cost is reimbursable by State grants.

Finance board chairman Steve Ezzes said “this is not the place to cut.” Richard Bochinski said “security is a transcendent issue.” They were joined by Allen Grauberd and Rone Baldwin against the cut, outvoting Ms. Zales Koller, Jeffrey Farr, and Greg Murphy.

The Board of Education will hold a workshop on April 8 to discuss budget adjustments. Other matters will also require their attention.

Shortly after members approved their budget request in January, unwelcome news arrived that retirement fund obligations for some employees will increase next year. The Town got the same bad news days before setting its budget. For the schools, the hit is $107 thousand in unanticipated costs.

Adjustments must also be made for a gas system software upgrade and legal fees. Together, these amount to $60 thousand.

And then there’s Revson Field (photo below). The long, sorry history of the baseball diamond, which appears to be incapable of drainage, got a new chapter this year with conditions that made it unplayable and unsafe just as the season was about to begin.

Dr. McKersie took the blame, while sharing a little with the athletics department and a depleted groundskeeping crew. “We blew it,” the superintendent told us last week. “We failed the students, and we have to fix it.”

The fix is an emergency $130 thousand contract issued by Dr. McKersie this week, a cost the school district must find a way to absorb with next year’s funds.

A request to the Board of Finance for a supplemental appropriation from current Town reserves was ruled out. “We only come to you for help with things that are out of our control,” Dr. McKersie told the Board on Tuesday evening. “This was in our control.”

The Town will Vote

On April 24, Weston holds its Annual Town Budget Meeting. If there is a quorum, the Board of Finance's final budget proposals will be discussed and acted upon. At the ATBM, motions can be made and voted to reduce, but not increase, line items for the Town and Capital budgets, the entire Board of Education budget, and the Debt Service budget. Each budget will be subject to approval in its entirety by a machine-ballot referendum on May 4. 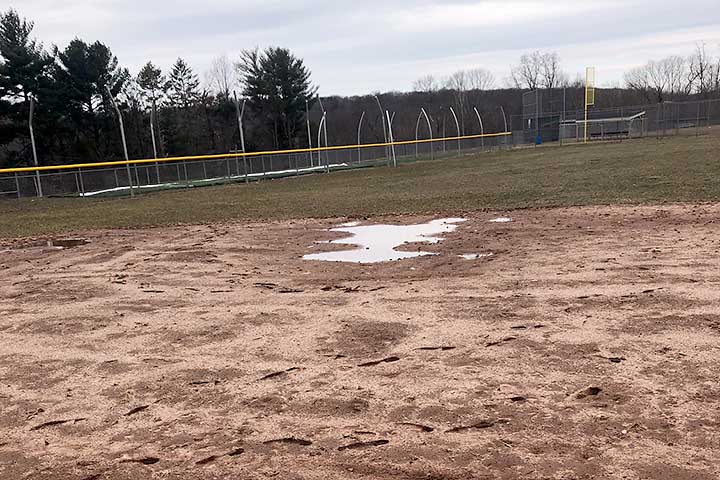