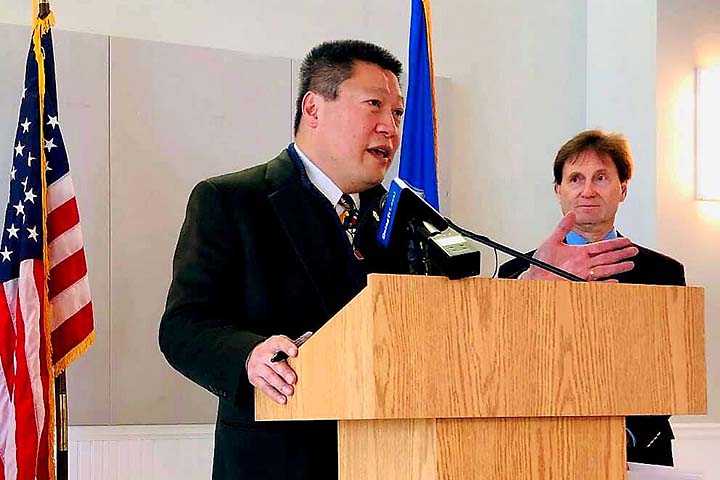 April 1, 2019 — On March 21, State Senator Tony Hwang announced that a draft has been completed of the Long Island Sound Blue Plan and that a 90-day public comment period is now open.

Senator Hwang was joined by officials from the Connecticut Department of Energy and Environmental Protection (DEEP), members of the Blue Plan Advisory Committee, and other legislators at Fairfield’s Penfield Pavillion for the announcement.

According to the senator, the Blue Plan is a roadmap for creating a marine spatial plan to protect Long Island Sound’s natural resources and traditional human uses while allowing compatible future use and development.

“The Long Island Sound is one of the most important ecological, economic and recreational assets that the state of Connecticut has, and it is critical that we fully understand its spatial bathymetry, ecosystem, and impacts of human use to develop a comprehensive strategy to maintain and improve the long term health of the Sound,” said Senator Hwang.

Development of the plan began after legislation developed by Senator Hwang and former Senator Ted Kennedy, Jr. was passed in 2015. Three years of background research followed with, according to DEEP Commissioner Katie Dykes, “unanimous bipartisan support from the General Assembly and the governor, and critical outreach and engagement with stakeholders, ecological experts, and various partners.”

Senator Hwang described the legislation as “not hard and fast regulation, but rather a roadmap or a guidebook that enables a process” to develop a plan for the Sound.