Bring Out Your Undead 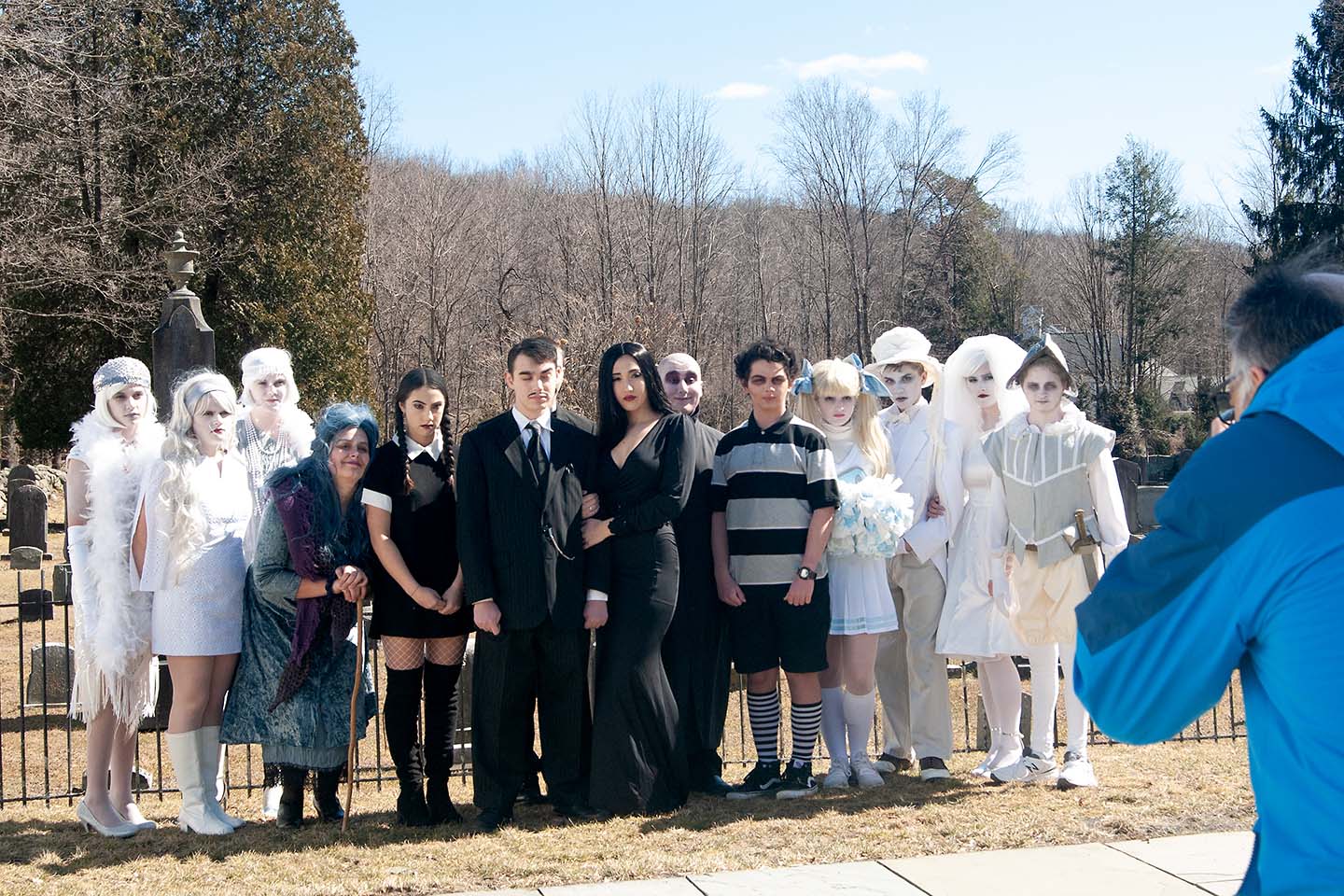 Company is Weston High School’s student-run theater group. Here is the story of their “altogether ooky” spring musical, which you can enjoy on four dates at the end of the month.

Gomez and Morticia’s daughter Wednesday, who enjoys torturing her brother Pugsley and hunting with a crossbow, falls in love with a cautious boy from the midwest. When the boy’s parents come for a visit to meet the Addamses, including Uncle Fester — and are greeted by the butler, Lurch — they immediately realize they are not in Ohio anymore.

Anything more would be a spoiler.

Performances are at the Weston High School auditorium at 7:30 pm on Thursday, March 28th through Saturday, March 30. On Sunday the 31st, the curtain rises at 3:00 pm. Visit www.whscompany.com for tickets.

The boy from Ohio, Lucas Beineke, is played by Will Berger. His parents are portrayed by Erin Dillon and Garrett Landen.

The show is directed by Liz Morris and co-produced by Beth Lubliner, Patricia Perez Goodrich, and Paul A. Levin. 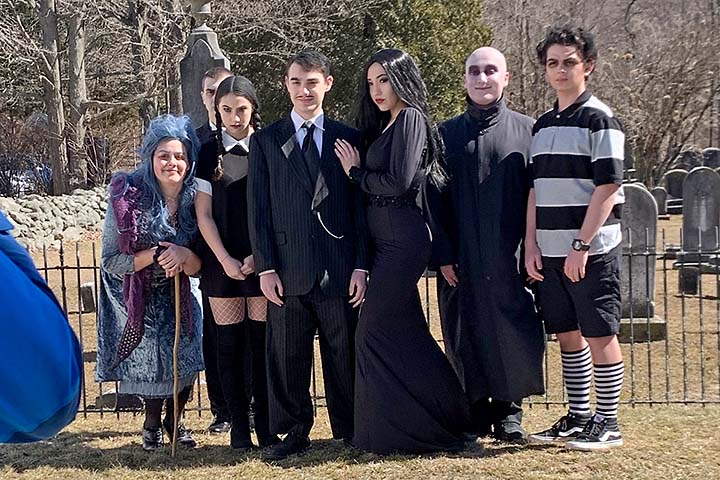