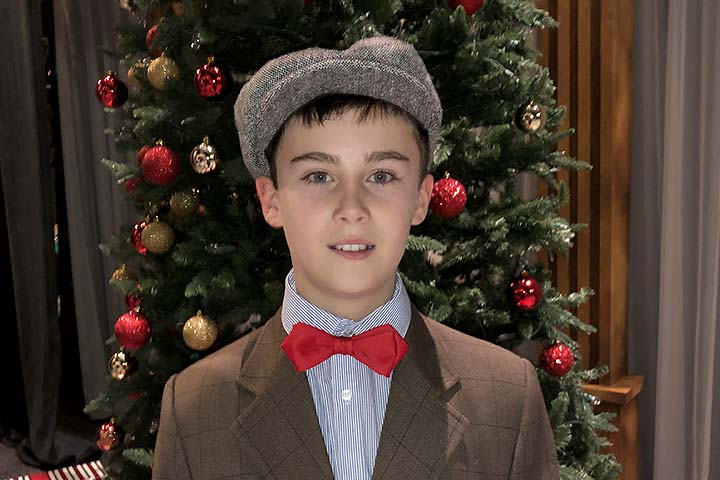 February 8, 2019 — Weston Intermediate School’s Owen Bernheim is in the cast of the Broadway classic “Annie” at the Westport Country Playhouse. The show runs again on February 15–17.

Ava Lynn Vercellone stars in the title role. The role of Sandy will be played by “Sunny,” a talent managed by William Berloni Theatrical Animals. Sunny reprises her role in the 2012 Broadway production.

“Annie” is a seven-time Tony Award-winning family favorite. This production is directed by Connor Deane, with choreography by Audra Bryant and music direction by J. Scott Handley and Jad Bernardo.

Mr. Bernheim is among 45 Broadway Method Academy members who will take the stage in the production. The academy has a theater in Fairfield, and serves as the resident conservatory for the Playhouse.

Mr. Deane said the show gives Broadway Method Academy students “the unique opportunity to play alongside some of the brightest talent New York City has to offer. This family show is filled with heart and will be enjoyed by audiences of all ages.”

Here is the performance schedule: