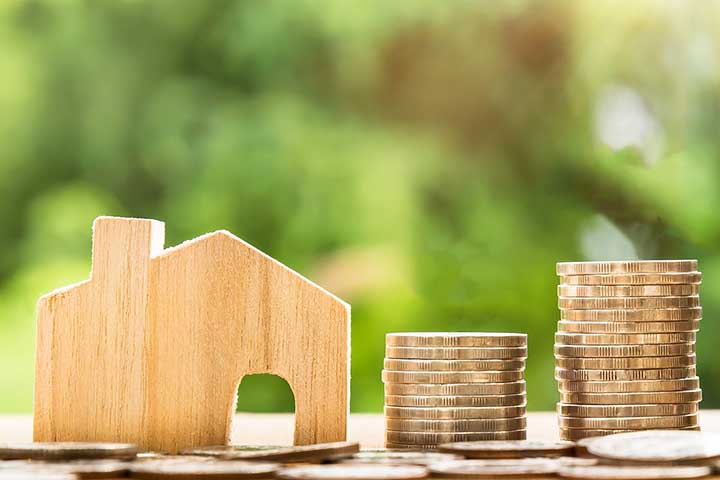 January 31, 2019 — After a 2018 town-wide revaluation, Weston’s Grand List — the total taxable value of properties in town — has fallen 6.3 percent, according to figures presented to the Board of Selectmen and Board of Finance at a joint meeting on January 28th.

The Grand List had been essentially flat for the past several years, following a steep decline in 2013.

The mill rate will have to rise to offset the Grand List decline. That may or may not affect your taxes. Your tax bill depends on three things: the new valuation of your property, next year's budgets for the Town and school district, and where the Board of Finance ultimately sets the mill rate.

Some properties dropped so much in the revaluation that their taxes could actually decrease. A lot depends on where the budgets come in.

The Town operating budget proposal is still being written, but the Board of Education has already proposed an operating budget increase of $2 million, almost 4 percent, plus $1.2 million in capital improvements. School spending consumes around 80 percent of all Weston tax revenues.

A more plausible scenario — possibly an optimistic one — was presented at the joint board meeting. It examined the effect of a 2.5 percent increase in combined Town and school spending. For purposes of discussion, we will work with that number.

Individual valuations vary, but average real estate property values declined at every level of the market. Moving up the levels, the percentage of lost value increases. On average, the most expensive properties — those valued at $1.5 million and above — lost as much as 10 percent of their value. Those at the other end of the scale — $350 thousand to $450 thousand — on average held their value better, declining 2.9 percent. In the approximate median, $750 thousand to $850 thousand, average values declined by 6.6 percent.

As the chart below illustrates, this means the impact of a mill rate change will be felt most by those whose property values declined least. In plainer language, owners of more modestly priced homes are likely to see their tax bills go up by a greater percentage than those who own more expensive homes. Properties at the highest end could see no change, or even a drop, unless spending rises much more than that 2.5 percent pro forma. 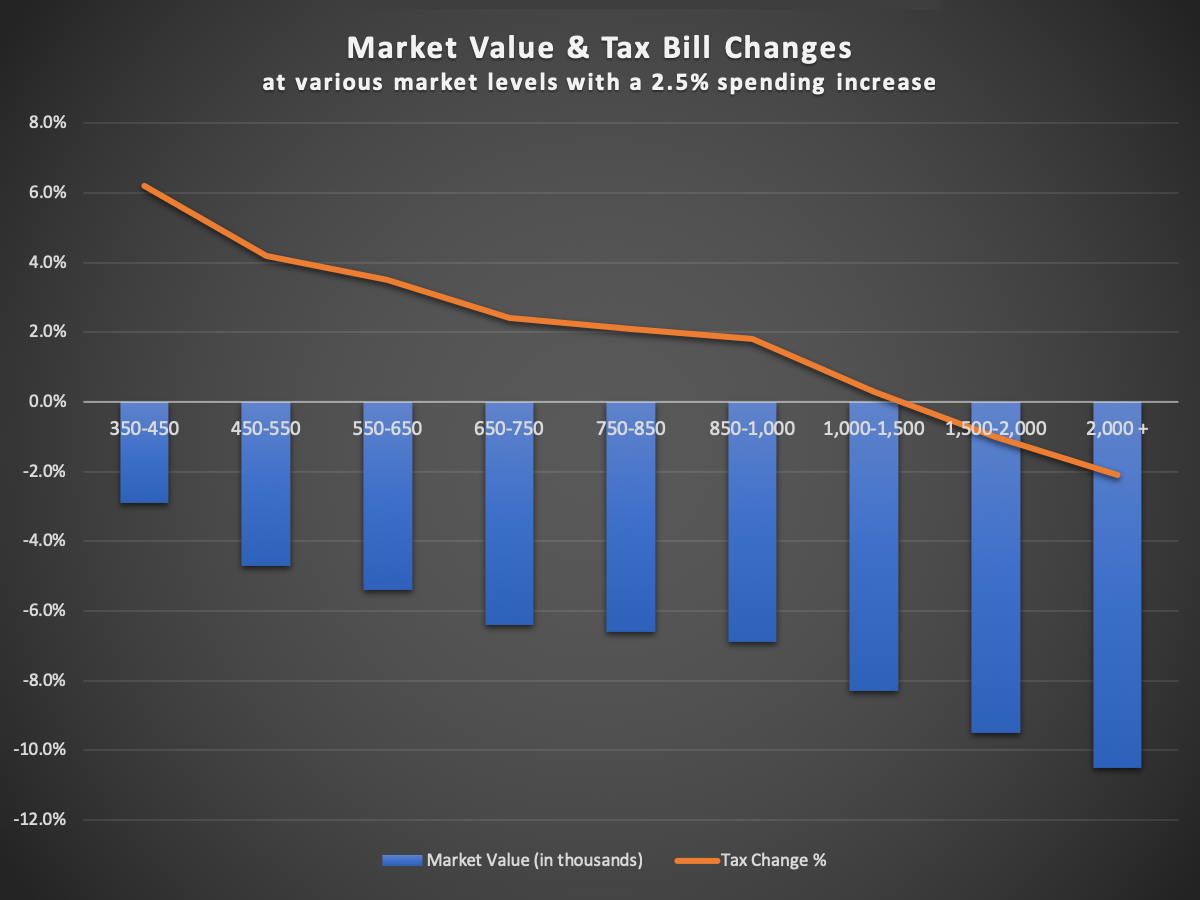 The drop is roughly comparable to what other towns are experiencing. In New Canaan, which is on the same five-year revaluation cycle as Weston, the Grand List dropped 7.1 percent. Other towns have it worse: Woodbury’s is down 8.5 percent.

Editor's Note: This article was edited for clarity after its original publication.