Board Hearing for Fracking and Oil Waste Ordinance 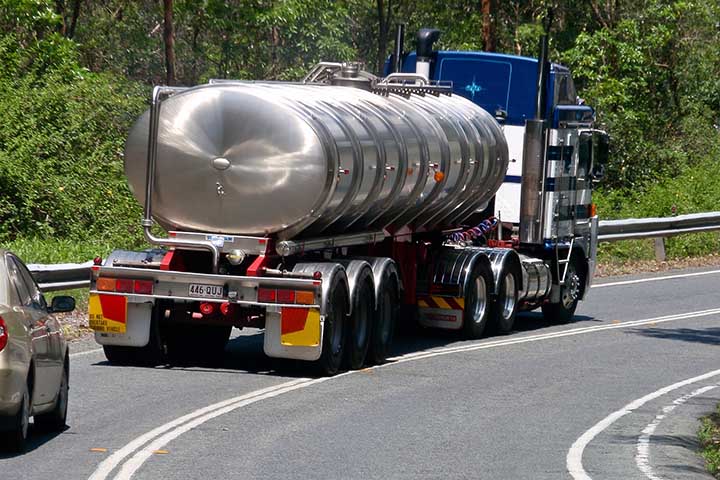 January 14, 2019 — On Thursday evening, January 17, the Board of Selectmen will hold a public hearing before voting on a proposed ordinance to ban wastes from fracking and gas or oil extraction. Under its provisions, such material could not be used, processed, or stored in Weston.

The hearing begins at 7:00 pm in the Town Hall Meeting Room.

The measure was drafted by the town’s Sustainability Committee, based on a model by an environmental organization, Food and Water Watch. The committee is actively encouraging the public to attend the hearing and express support.

The Selectmen ask speakers to limit their remarks to three minutes each, and have scheduled thirty minutes for the hearing itself. However, in similar meetings of this Board, we have not seen a hearing adjourn before everyone who wishes to speak has an opportunity to do so.

In previous Board discussions, there has been no dispute that wastes from fracking and the other sources are dangerous and undesirable. There has been disagreement as to whether such an ordinance is needed, and whether the version proposed might inadvertently limit the Town’s ability to complete public works projects.

There is no fracking in Connecticut. The state currently has a moratorium on the import of wastes from hydraulic fracking, but it does not address those from natural gas or oil extraction.

Weston currently has no liquid or solid waste treatment facilities. If they are ever built here, the ordinance would block their use to process these toxic wastes.

The State moratorium is temporary. It was enacted in 2014, anticipating that by July of 2018 the state Department of Energy and Environmental Protection (DEEP) would formulate permanent regulations. That didn’t happen. For the time being, the moratorium remains in place.

It is hard to see how DEEP will ever be able to come up with a complete set of regulations. Typically, the department does not attempt to regulate broad categories like “fracking waste.” Instead, it defines specific chemicals or compounds that cannot be used in products or applications.

In this case, the composition of materials and chemicals injected underground to fracture rock and extract oil varies by company and well. Companies are not required to reveal their ingredients, as the industry obtained an exemption from provisions of the Clean Water Act that would have required disclosure.

What comes out as waste from a well is brine — thick, heavily concentrated salts, much more salinated than seawater — which, according to the EPA, is likely to also include uranium, thorium, radium, potassium, lead, and polonium. These are typically found in any geology that contains oil and gas deposits. They become concentrated and more potent from extraction and processing operations.

Environmentalists worry that because the State Legislature has not acted to expand the ban on fracking waste to include other sources or to make it permanent, the day could come that treatment plants in the state accept such materials for processing and that, eventually, a spill would occur.

Spills are common. They usually occur near fracking operations, but sometimes happen during transport. The results can be catastrophic.

Brine quickly finds its way into groundwater and binds to the soil. Vegetation dies, well water becomes toxic. It is hard to imagine in Weston that all the affected soil could be removed, which leaves only one option: waiting years or even decades for nature to wash the toxins out of its system.

Absent State action, Food and Water Watch began promoting local action and developed a model ordinance for towns to adopt. It goes far beyond current DEEP regulations. When a number of towns began enacting it, the Connecticut Conference of Municipalities (CCM) became alarmed.

CCM is an association of municipal leaders of 168 Connecticut cities and towns, including Weston. The organization advocates in Hartford on behalf of towns, and has been urging the Legislature to make a fracking waste ban permanent, although with essentially the same terms as the current moratorium.

CCM also provides towns with valuable information and services, and sometimes advocates to them. As the Food and Water Watch model gained momentum, CCM proposed one of its own, still along existing lines. It diverges sharply from the proposed Weston ordinance, which requires contractors to ensure that they will not use fracking and oil extraction wastes.

An objection was raised that the ordinance would inadvertently ban tar and asphalt. We wondered about that, but were unable to find supporting evidence. Tar is typically made by heating coal. Asphalt is a product of rock, sand, and distilled refined oil.

In an August 2018 press release, CCM argued that “the consequence of the ordinance language that FWWA [Food and Water Watch Association] has been advocating many towns to enact has paralyzed many of them from performing any infrastructure improvements or road projects, effectively chilling the economic development environment for many communities.”

We couldn’t find examples. We couldn’t find a single town that has been unable to obtain bids and complete a public works project for any reason, whether they have adopted a fracking waste ban or not. And, so far, more than 50 towns have enacted a nearly identical ordinance.

Town Attorney Ira Bloom has advised the Selectmen that neither he nor any of his colleagues has heard of a case where a town was “paralyzed” by such an ordinance.

We reached out to CCM for clarification and additional insight. Its Public Policy and Advocacy group was kind enough to reply promptly, but declined to comment.

Disposing of fracking waste is a huge problem for the oil industry, which produces millions of gallons of it. In theory, most of it is deposited into wells drilled specifically for that purpose. But the EPA estimates only 10 percent of it is disposed that way.

Some amount is treated enough to be re-used for injection into new fracking operations. That is expensive, and testing standards in many areas are lax and indifferently applied.

The nearest fracking operations of any significance are in Pennsylvania. That may be close enough to Connecticut for transport to be economically feasible for the industry.

There is a market for fracking waste. New Mexico has considered using it as a source of water for arid farmlands. There were concerns.

It is also an excellent road de-icer. For a while, the state of New York bought and used it for that purpose. They’ve since stopped. In Connecticut, neither the Department of Transportation nor its contractors are permitted to use fracking waste to de-ice roads. But there is no legal requirement for contractors to disclose if they use a substance that contains it.