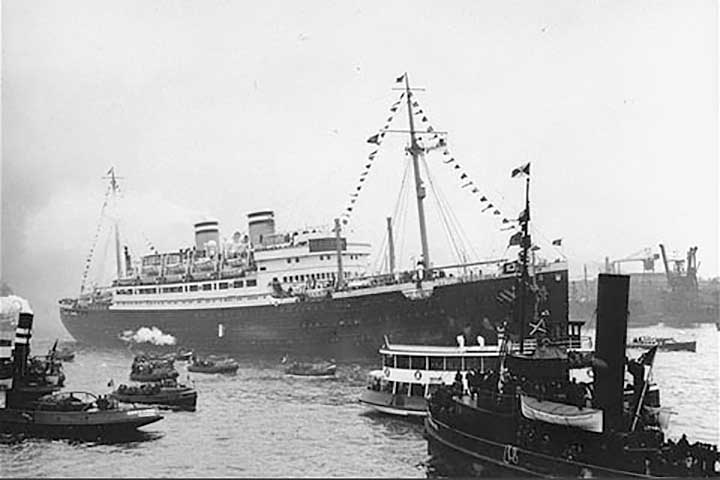 January 11, 2019 — On January 24, three survivors of what would later be called “the voyage of the damned” will participate in a discussion after a screening of the documentary “Complicit,” along with the film’s producer, Robert M. Krakow.

The event takes place at 7:00 pm at Chabad of Westport-Weston, 79 Newtown Avenue, Westport.

“Complicit” tells the true story of the S.S. St. Louis, which in 1939 carried over 900 Jewish refugees in search of safe haven from Nazi Germany. On June 6th, after being denied entry by Cuba, the St. Louis reached the shores of Miami.

The ship was turned away. The U.S. Secretary of State, FBI, and President Franklin Roosevelt deemed the passengers a threat to national security. More than one-quarter of them later died in concentration camps.

Judith Steel, Sonja Geismar, and Eva Wiener were aboard the St. Louis. All later moved to America. They will share their experiences in the discussion that follows the screening of “Complicit.”

Tickets for the screening of “Complicit” and discussion are available online. The price is $18 for students and $25 for adults.