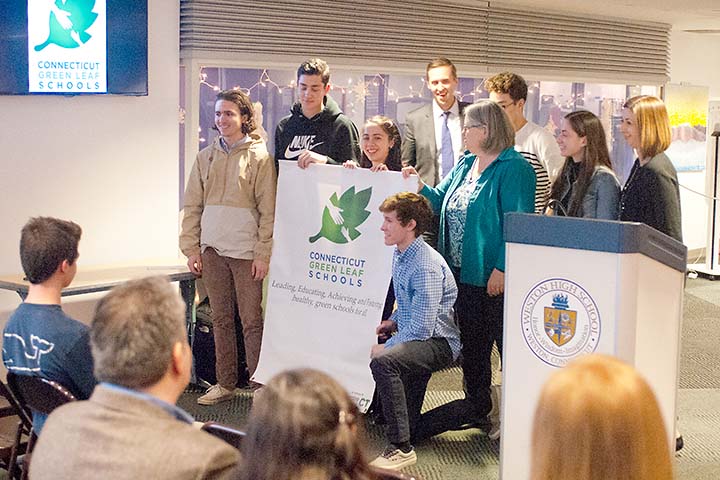 December 18, 2018 — Weston High School’s Green Team has been honored by a State organization for its efforts to promote sustainability and health initiatives.

The school is now officially a Connecticut Green LEAF participant. This is a statewide and national program to encourage education on the environment and sustainability, improve the wellness of students and staff, and reduce the environmental impact of consumed products and resources.

A Green Ribbon campaign launched in 2011 by the U.S. Department of Education encourages states to implement such a program. The Connecticut effort began the following year in a collaboration by the departments of Education, Energy and Environmental Protection, Public Health, and Construction Services.

Ms. Kohl described Connecticut’s approach as “unique,” in that it “doesn’t only recognize schools that have advanced green programs. The banner doesn’t mean you’re green yet. It means you’ve begun, and that’s an important accomplishment.”

Weston’s Green Team has taken the first step, a challenging one: a thoroughgoing assessment of where the school stands today. The effort involves getting students, teachers, and administrators involved and committed.

Ms. Kohl said a key part of the program is building a process that keeps the initiative going as students move on. “The team leaders in the schools today have to determine who will carry the banner after they graduate and move on.”

One of the Weston students who will be handed the banner by graduating seniors is junior Collin Socha, who described the efforts already underway.

“We have a growing recycling program,” said Mr. Socha, “and a green garden. We’ve designed a reusable checkout bag for Weston stores when plastic bags are no longer used. We’re also doing things like putting out signs to remind students to recycle plastic water bottles. Next comes metal and textile recycling.”

In the national program, each state can designate four schools to vie for the U.S. Department of Education’s Green Ribbon award for environmental achievement. 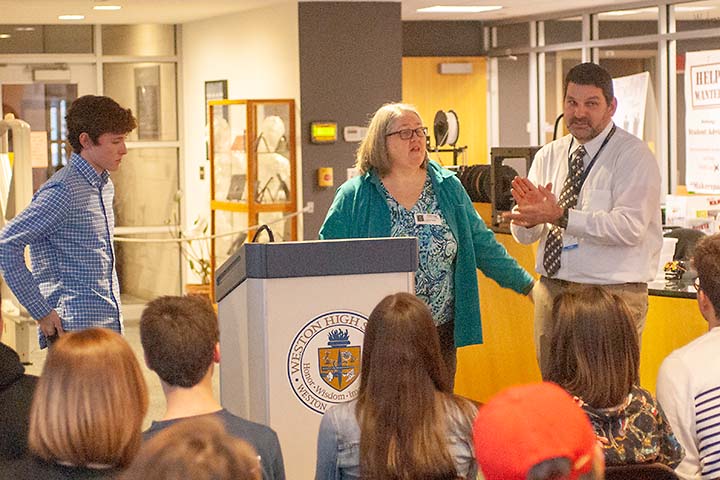 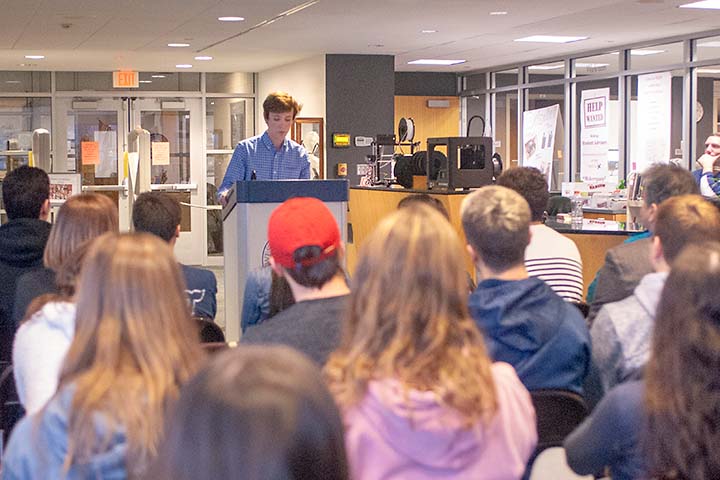