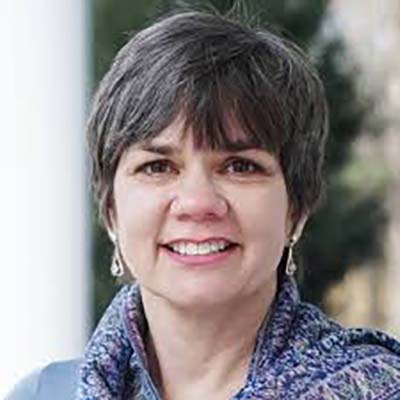 Anne Hughes, Democrat, is a candidate for the 135th district State Representative. This is her first campaign for public office. She is a social worker at Jewish Senior Services.

Previously, Ms. Hughes was a manager with CLASP Homes, which provides homes and support for adults with autism and intellectual disabilities.

Ms. Hughes said her top priority would be to pass paid family medical leave legislation. “Two thirds of caregiving is provided by family members, mostly women, who are unpaid,” she said. “They are saving the State millions of dollars, and they shouldn’t have to lose their jobs to take care of a loved one. Too many women go back to work after a C-section in two weeks because they can’t afford not to.”

She also believes legislators must “be bold” in devising a public option for health care insurance. The uninsured and under-insured put off preventative care, she said, which drives up emergency care and long term costs. A strong, public health care plan, she added, would make Connecticut more attractive for workers.

Ms. Hughes also would make a priority of attracting and retaining qualified workers by providing student loan relief for graduates willing to stay and work in Connecticut, and said the state needs better apprenticeship programs and job training.

Ms. Hughes said the state’s fiscal crisis was long in coming, but people weren’t aware. She said retired state workers are “distraught” at threats to roll back their pensions and insurance, and that the state must “make good” on its contracts and promises. “We need an equitable plan,” she said, adding that 401K plans are “great only if the stock market is booming.”

Ms. Hughes dismissed “talking points” about achieving significant savings by “trimming the fat” in State government. “There isn’t much fat,” she said. “Departments have already been streamlined, costs have already been cut by $150 million, and the last budget eliminated Medicaid benefits for many people. Meanwhile, some towns that relied on services like the State Police can’t afford local police, and now have none.”

Ms. Hughes supports “smart digital tolls” that would allow a reduced rate for Connecticut commuters but apply fully to out-of-state drivers and trucks. “Nothing gets here by rail,” she said, “so we are subsidizing other states’ roads and bridges. We need to improve our own infrastructure, because right now we’re driving away workers and companies.” Ms. Hughes added that a priority would be to improve Connecticut’s rail system and capacity, including provisions for parking at rail stations.

Ms. Hughes favors providing incentives, not mandates, for gun owners to adopt biometric “smart gun” technology, which limits the use of a firearm to its owner. The technology, she said, would greatly reduce the ability of children to accidentally fire a weapon, and would also reduce suicides. “We must take collective action,” she said. “Public safety is not just up to law enforcement. Unfettered access to firearms is the biggest problem, and we all must take action to address preventable gun deaths.”

Ms. Hughes would support legislation to stop the Department of Transportation from spraying Roundup on Connecticut roadways. “We know how toxic it is,” she said.

“My campaign is all about bringing in a new era of accountability and transparency,” said Ms. Hughes. “We need a new era of leadership, and the moral courage to be honest and open.”

“People know the State is in fiscal crisis. They know about the problems with our infrastructure. They know health care access and affordability is at risk. Leaders have to stay in good communication with the public. We can’t have a State legislature that isn’t engaged anymore.”