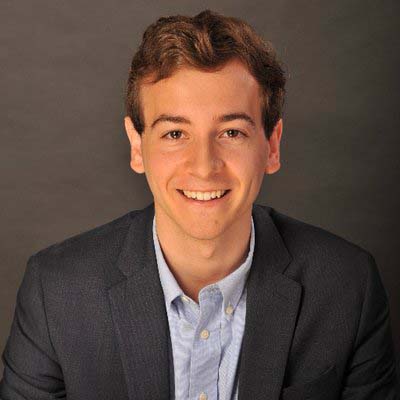 The Candidates: Will Haskell

Will Haskell, Democrat, is a candidate for State Senate in the 26th district. He is a recent graduate of Georgetown University. This is his first campaign for public office.

Previously, he has served as a legislative analyst for the Democratic National Committee and interned with Congressman Jim Himes and Senator Chris Murphy.

Mr. Haskell’s top priority would be “common sense gun regulation.” He said that in the course of knocking on thousands of doors during the campaign, this is “the number one thing people have asked about.”

Another priority is improving the state’s transportation infrastructure. “Right now,” he said, “302 Connecticut bridges are structurally deficient, or worse, by the standards of the Department of Transportation.” He added, “this is not only bad for public safety, it’s bad for commuters, and it’s bad for home values.”

Mr. Haskell strongly advocates legislation that would provide 12 weeks of paid family medical leave for Connecticut workers. Mr. Haskell said he was the child of a single mother who had to go back to work two weeks after he was born. “25 percent of moms have to do the same thing,” he said. “A new mom shouldn’t have to sacrifice her career.”

Mr. Haskell would also place heavy emphasis on reducing the cost of prescription drugs and believes the State must attack the problem of opioids. “We have to look at packaging requirements,” he said. “We have to make sure these drugs don’t get into the wrong hands.”

“The State has $100 billion in unfunded liabilities,” said Mr. Haskell. “And the Legislature wants more bonding. That’s not a short-term solution. It’s not a solution at all.”

Mr. Haskell is encouraged that a solution to the large employee pension and health care fund deficits may be found in the work of the Connecticut Pension Sustainability Commission, familiarly known as the Steinberg Commission, which is exploring whether State assets could be placed into a dedicated trust to generate revenues to pay down the debt.

Mr. Haskell supports installing tolls on Connecticut highways. “I thought I would lose votes because of this,” he said. “It turns out maybe just the opposite.” He pointed out that, on the corridor from North Carolina to Maine, Connecticut is the only state without tolls. “Our roads are taking a beating from people just passing through,” he said. “Maybe we’re too generous,” he added. “Last year, Connecticut drivers paid $6 million in tolls to Massachusetts. We collected nothing.”

“We should prohibit ghost guns,” said Mr. Haskell. “Right now, you can buy a kit on the internet for $39.99 and assemble a gun at home. No serial number, completely untraceable by law enforcement. That is unacceptable.” He also said the state should strengthen concealed-carry permit laws. “If you’re pulled over, a cop can ask to see your license, but can’t ask to see your gun permit.”

Mr. Haskell acknowledged that, early on, his focus on gun regulations would “turn off” gun owners. But he said he was pleased to find many fully in support. “It’s not about taking away guns,” said Mr. Haskell. “It’s about preventing gun violence. Reasonable people get that. I’m encouraged.”

Mr. Haskell said “we should explore” legislation to stop the Department of Transportation from spraying Roundup on Connecticut roadways.

“I’m optimistic about the state,” said Mr. Haskell, “but all we hear is pessimism. We have so many things working for us. Great natural resources. Great school systems and a great university system. But right now, a younger generation, who we want to start their careers here, don’t have a seat at the table. It’s time to elect the next generation of leaders. We have to uphold our most fundamental values.”