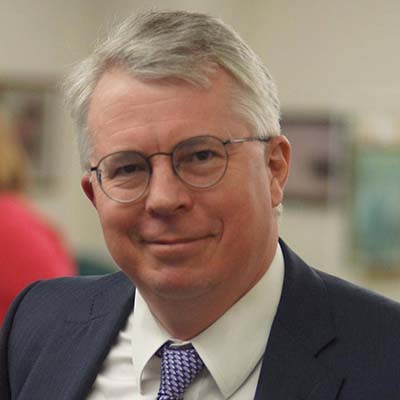 Adam Dunsby, Republican, is the incumbent 135th district State Representative. He was first elected in 2016. Mr. Dunsby is also, since 2013, the First Selectman of Easton.

If re-elected, Representative Adam Dunsby’s top priority would be balancing the State budget without raising taxes. “It won’t be easy,” he emphasized, adding, “We don’t need the Legislature to pass too many laws. Connecticut needs the Legislature to get the State’s fiscal house in order and restore economic growth.”

Mr. Dunsby would like to see the legislature ease mandates the State imposes on municipalities, often without funding. These, he said, increase local costs and become a financial burden for towns.

His third priority, he readily admitted, may be more of a wish: to have the State better balance a desire for affordable housing with environmental concerns. Much of the 135th district is watershed. He said state mandates for affordable housing create a conflict with the public need for a water supply, and that some related statutes could have the effect of overturning local zoning regulations.

Mr. Dunsby said the State can reduce costs by offering new State employees a 401-K program instead of a defined-benefits plan. He believes it is unfair for State employees to get more benefits than taxpayers do, given wage parity.

Mr. Dunsby said the State can significantly reduce costs by relying more on non-profits to provide services. As an example, he said group homes like those at the Kennedy Center can provide care at half the cost of the State’s services. He would also economize by consolidating State functions that overlap, such as the separate Education and Childhood Development agencies.

Mr. Dunsby opposes implementing tolls. He said that the focus of the State’s transportation spending should be on safety and “maintaining what we have.” “The State paid $100 million for bus service between Hartford and New Britain. It is lightly used. There’s talk of spending $100 million for a new train station in Bridgeport, right next to the existing one. The State needs to prioritize better.”

Mr. Dunsby said “Connecticut has strong gun regulations. We don’t need new gun bills every year. Let’s leave the existing ones in place and see if they work.”

Mr. Dunsby voted in favor of the ban on bump stocks, and said “we need to look at ghost guns.” “It makes sense,” he said, “to require that guns have a serial number.”

Mr. Dunsby supports the amendment to ensure that Special Transportation funds are only used for transportation purposes. He said he regrets that it “doesn’t go the extra step” and require that revenues meant for the fund are not guaranteed to be deposited there. “The Legislature has a history of finding loopholes and not wanting to be constrained about spending,” he said.

Mr. Dunsby also supports the proposed amendment to require public hearings for the sale or transfer of State-owned property. “We shouldn’t have land transfers added to a thousand-page budget at the last minute,” he said.

Mr. Dunsby said he “will have to look more carefully” at the issue of whether legislation should be enacted to stop the Department of Transportation from spraying Roundup on Connecticut roadways.

“The Connecticut economy isn’t growing,” said Mr. Dunsby. “It’s about at the same level today as it was in 2004. Since the recession ended in 2009, we’re the only state in the area not growing. Tax increases are driving people away. The threat of new taxes is even worse.”

“If you’re serious about considering a 19 percent tax on investment capital, or a statewide property tax, or new taxes on everything from cellphones to tires, you have to realize that people aren’t going to want to come here or stay here.”