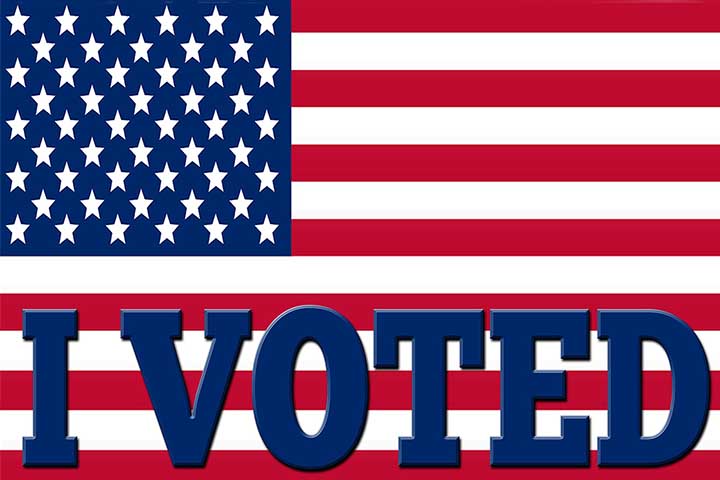 When and Where to Vote

Voting occurs at the Weston Middle School Old Gym. You should enter in the back of the school.

You must be a registered voter. Bring identification.

If by chance you turned 18, became a citizen, or established Weston residency after October 30, you may still be able to register up until 5:00 pm on November 5. We suggest you call the Registrars well in advance if you meet any of those conditions. The Registrars can be reached at (203) 222-2686 during normal business hours.

Please see the special note below if you need curbside voting.

The images in this article are mockups of a sample ballot we prepared. The one at the bottom of this page represents the instructions on the ballot’s reverse side.

For the ballot itself, what’s different in our mockup, below, is that we have included both columns for the two State Senators who represent parts of Weston. We labelled those columns by district, 26 and 28. Your ballot will only show one of them. Which one depends on where you live. 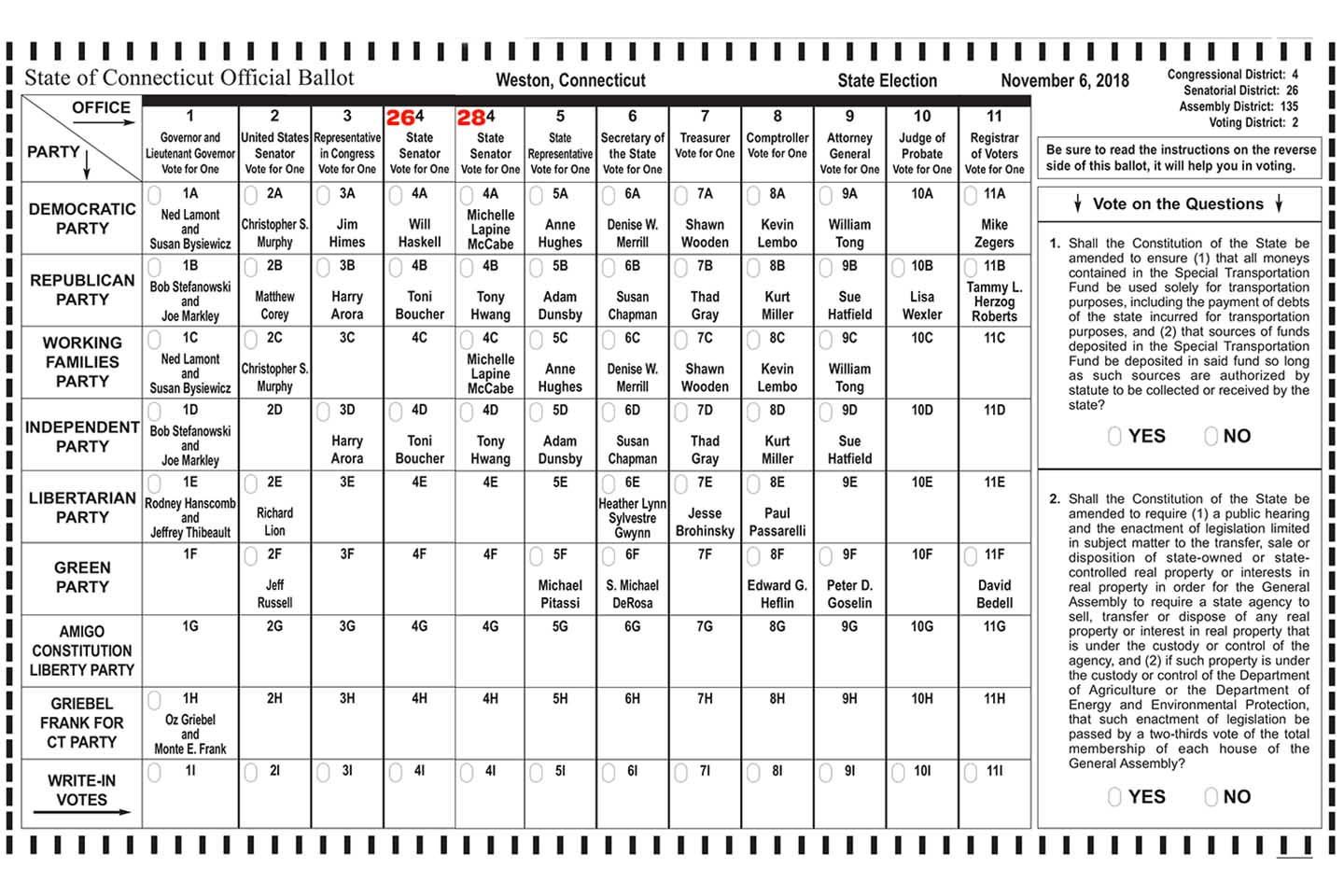 If you don’t know which district you are in, not to worry. When you arrive at the polling station you will check in with a Registrar. Based on the address on your ID and voter registration record, they will know which ballot to give you. This is not their first rodeo.

You will be voting on the State offices of Governor and Lieutenant Governor (joined together), U.S. Senator, U.S. Congressional Representative, State Senator, State Representative, Secretary of the State, Treasurer, Comptroller, and Attorney General.

Locally, the contests are for Judge of Probate, where the incumbent is running unopposed, and Registrar of Voters.

Unlike our local elections, on this ballot you only vote for one candidate for each office.

You will see two ballot questions. If passed, both would amend the state Constitution.

Question 1 has to do with State transportation funds. It is usually referred to as a “lockbox” measure. If passed, it will require funds in the Special Transportation Fund to only be used for transportation purposes, such as building, repairing, and maintaining bridges, roads, and rail lines.

Revenue from the gas tax and other sources goes into this fund, but much is often withdrawn for other purposes and not used for infrastructure. This measure would prevent that.

Question 2 is meant to provide transparency in how the State sells or transfers property it owns. There have been times when sales of State properties have occurred quietly, sometimes as last-minute add-ons to budget legislation. Critics have called some of them sweetheart deals.

This measure would require public hearings before any State-owned property is sold. In the case of property controlled by the Department of Agriculture or Department of Energy and Environmental Protection, sales would require a two-thirds majority vote in both the State Senate and State House of Representatives.

If you are unable to get to the voting booths because of a temporary incapacity, you can request that a ballot be brought to you in your car. A Registrar or assistant will bring you a ballot and marker. You will still have to show identification.

If you think you will need this service but have questions, call the Registrars at (203) 222-2686 for more information.