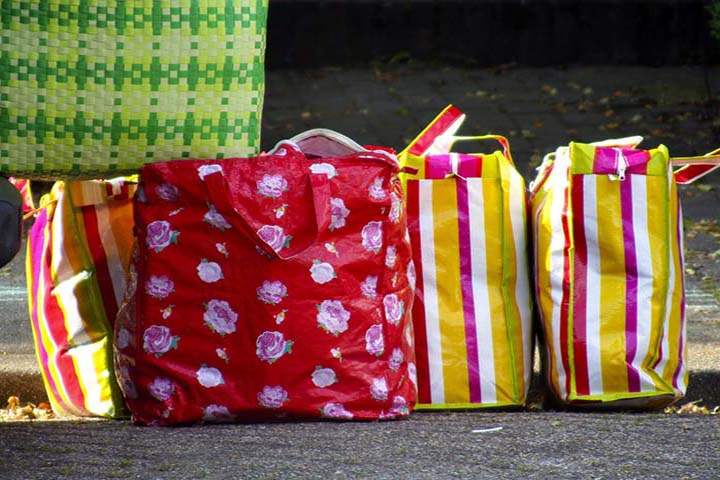 October 5, 2018 — The Board of Selectmen voted 2-1 on October 4 to enact a new town ordinance that prohibits the use of plastic checkout bags in Weston’s retail stores. It takes effect in 90 days.

The measure was proposed by the town’s Sustainability Committee, which refers to it as the "BYO" ordinance, because it is meant to encourage you to bring your own reusable bags when shopping.

When the ordinance takes effect, if you do not bring your own bags, retail stores will be able to provide recyclable paper ones, but must charge at least ten cents per bag. They could also offer reusable bags for you to purchase. The charge is intended to mitigate the costs a store incurs by stocking paper bags. Plastic bags are relatively cheap, and require far less storage space than paper. But the charge was an issue for several residents who spoke at the hearing, and it produced the only no vote on the Board.

About 17 members of the public spoke, including a few from neighboring towns and four from the Sustainability Committee. The Town Hall Meeting Room was filled to near capacity, with a number of Weston High School students in attendance.

A few attendees voiced opposition to the proposal, most concerned that it might harm Peter’s Weston Market, which realistically would be the store most affected. No one from Peter’s spoke. Some said the charge of ten cents per bag would penalize shoppers.

A key point may been lost in the shuffle: if you bring your own reusables, as those advocating the ordinance hope you do, you pay nothing.

Selectman Stephan Grozinger described his own practice of carrying reusable bags but agreed with the view that a charge for recyclable paper bags would be a penalty, and voted against the ordinance. Nevertheless, the motion carried with the votes of First Selectman Chris Spaulding and Selectman Brian Gordon.

Dr. Spaulding pointed out that, while the ordinance would represent a “minor transitional issue,” a growing number of municipalities large and small have adopted similar measures and have reported “no disruptions and no economic hardships. The idea is to get people used to something akin” to reusable bags sold by Lachat, which were demonstrated at the hearing by the farm’s Ellen McCormick.

Selectman Gordon characterized plastic checkout bags as “two percent of the problem and 98 percent of the noise,” but said it was “an important step to take just to get things moving.”

The ordinance doesn’t apply to everything. Products may still be wrapped in thin plastic. Items like dry cleaning bags and newspaper wrappers are not affected. You will still be able to buy plastic garbage and yard waste bags. It only applies to checkout bags, and only to those used by retail stores.