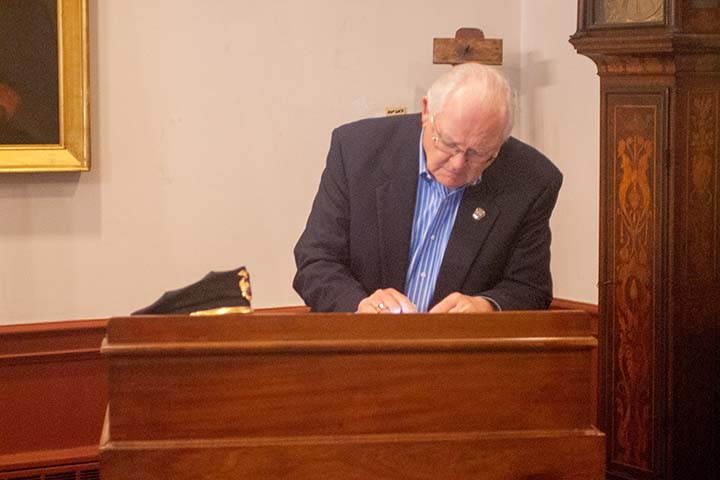 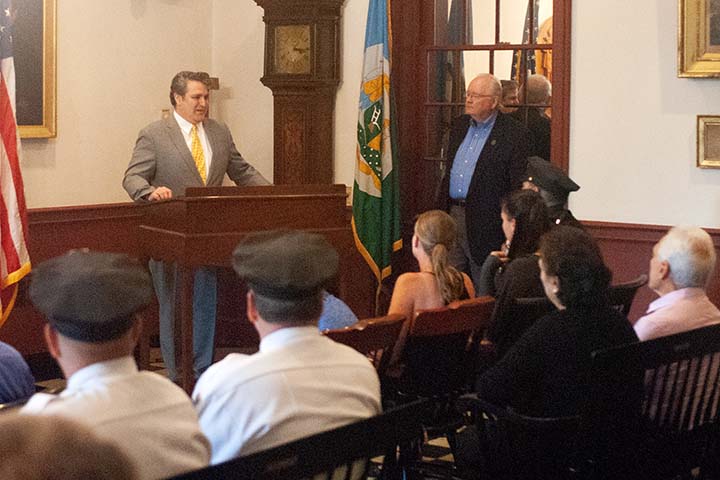 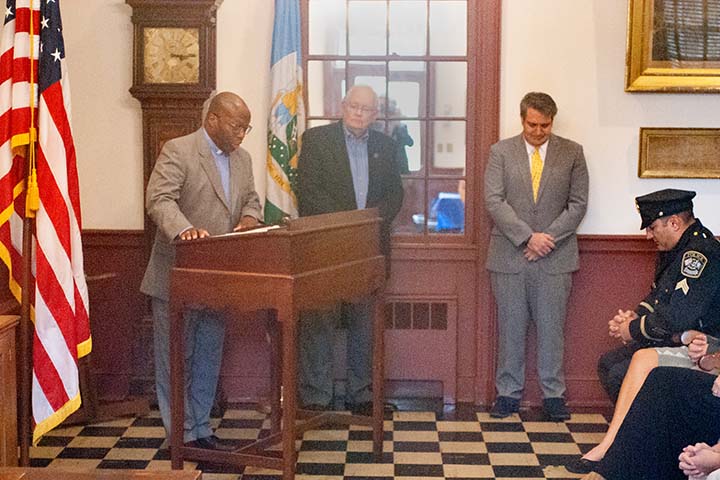 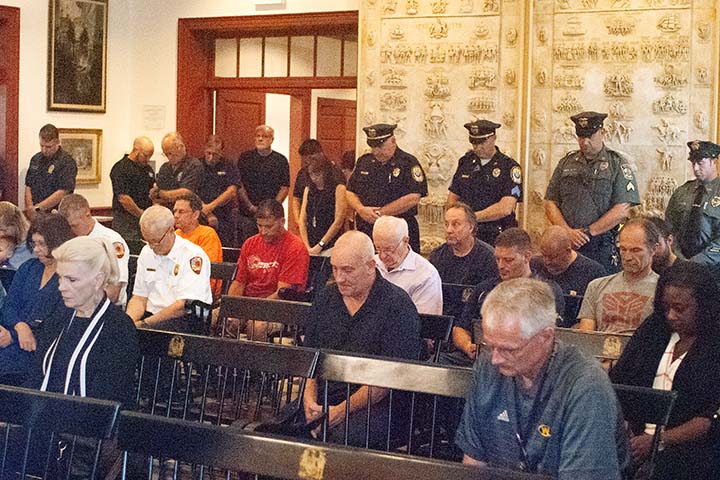 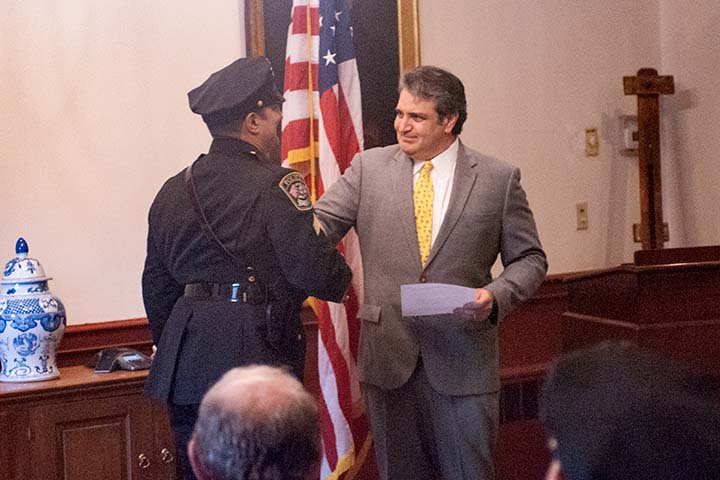 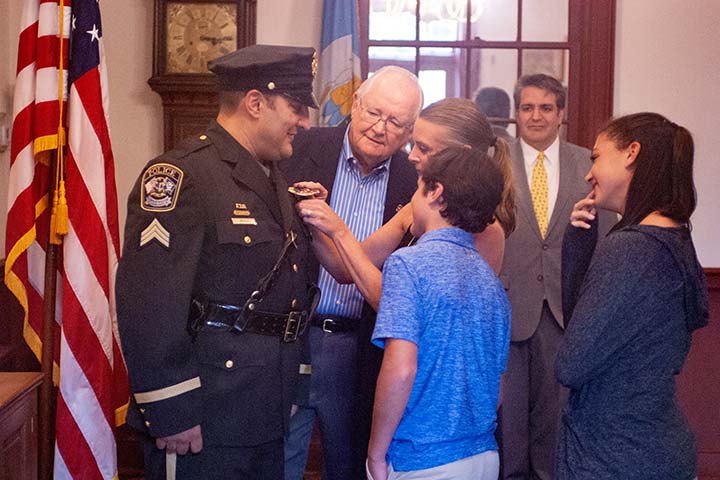 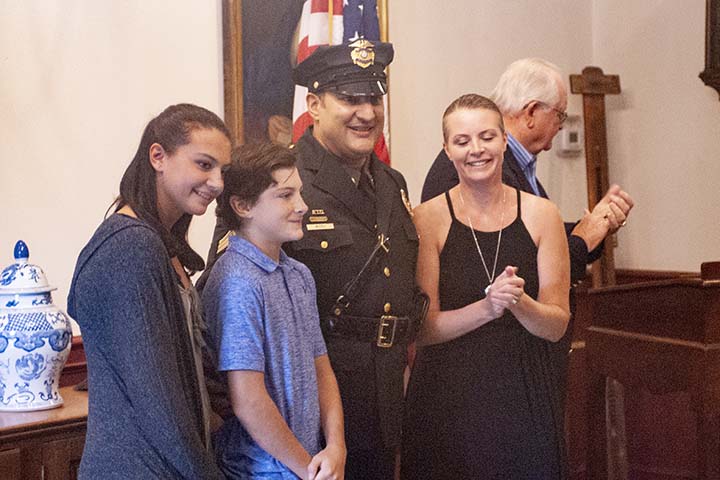 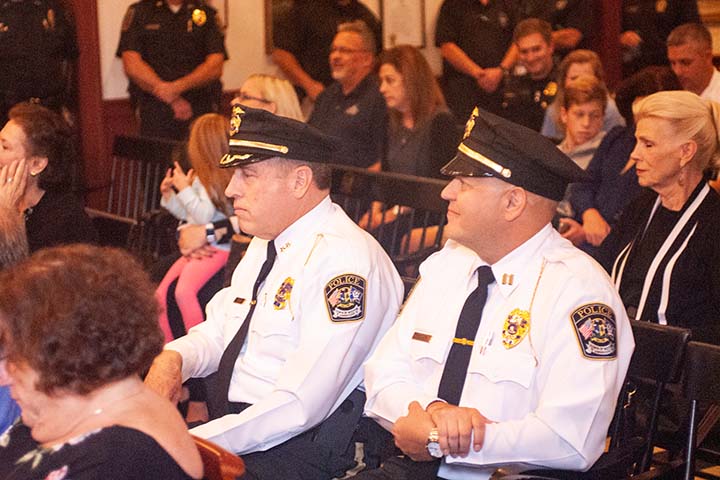 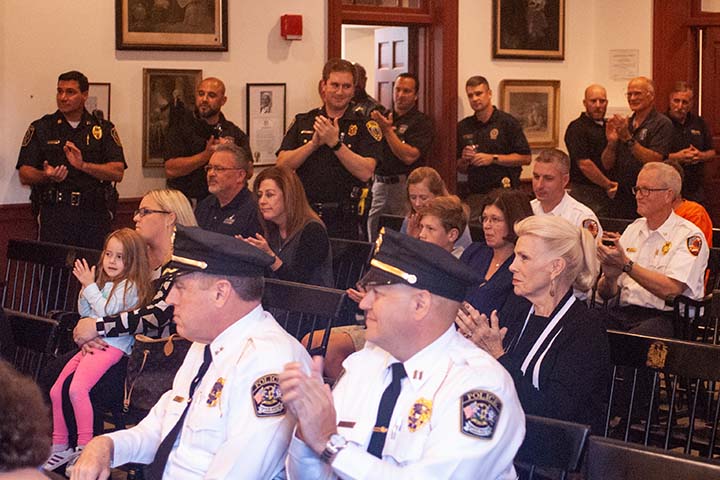 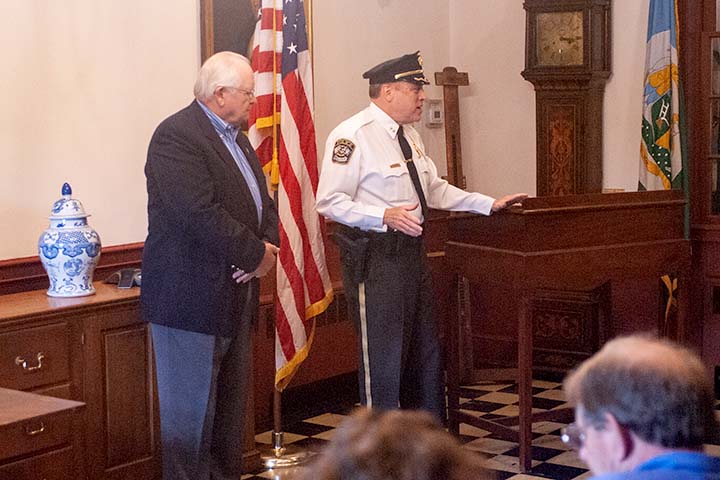 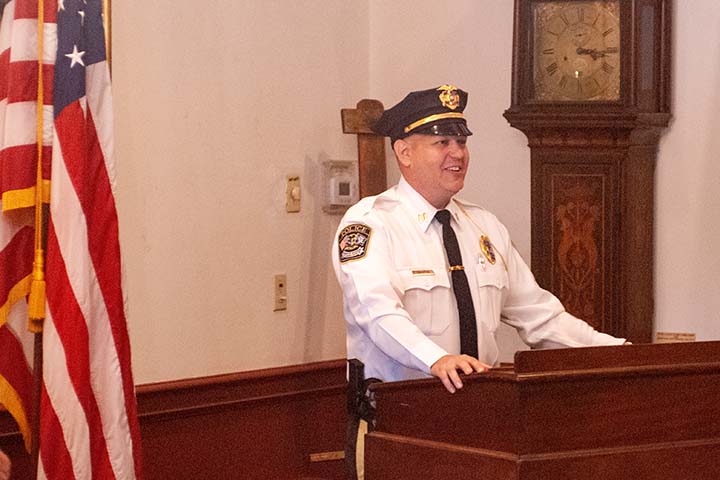 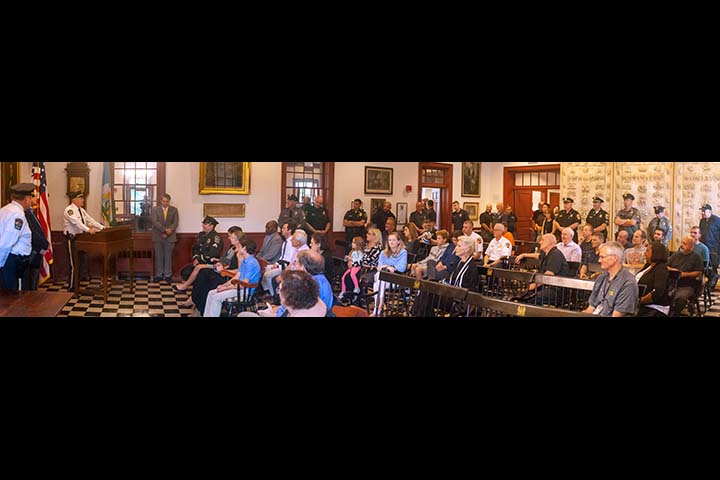 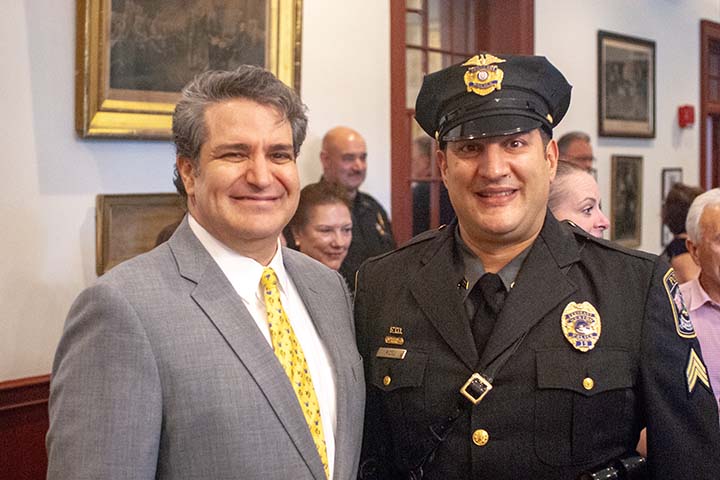 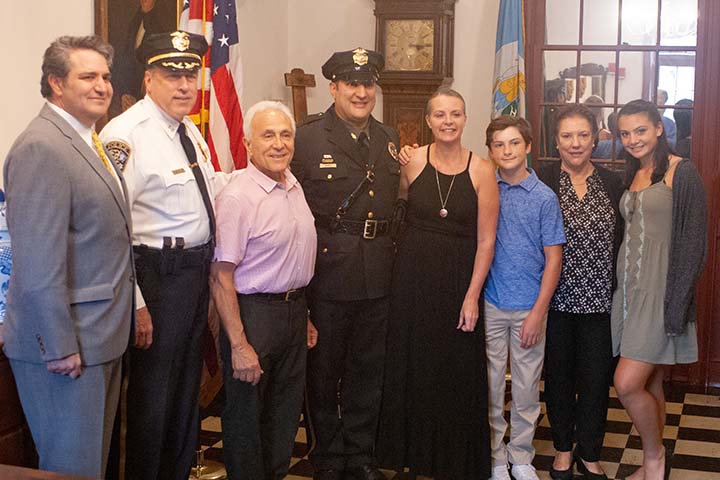 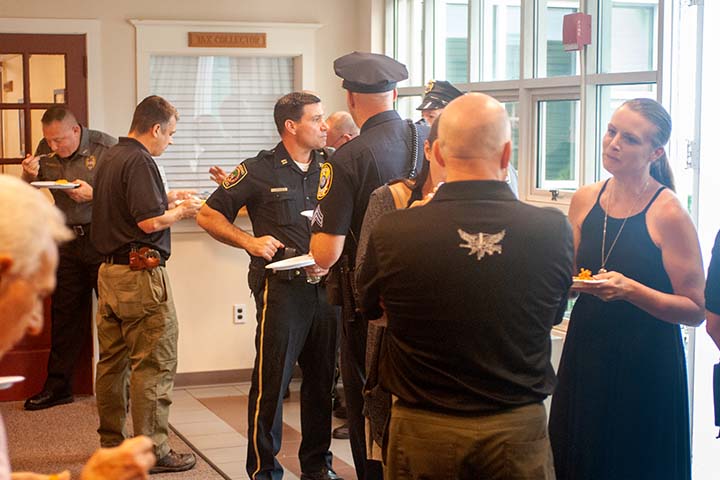 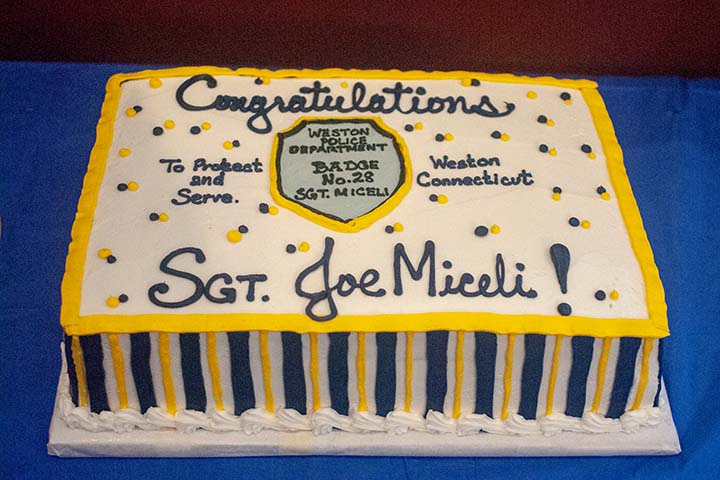 You may know Sergeant Miceli's name from his Code Red alerts in emergencies. By the way, you can sign up for Code Red here. Winter is coming.

William Brady, chairman of the Board of Police Commissioners, was the master of today's ceremonies. Mr. Brady praised Sergeant Miceli's service, which began in 2006.

Sergeant Miceli thanked the Board of Police Commissioners, Chief Edwin Henion, and Captain Matthew Brodacki. Chief Henion told the audience that the most valuable asset of Weston's police is "our people who serve," and that he is "glad to lead a department like this."

Captain Brodacki cited Sergeant Miceli's service in the emergency management center, a role that will continue. "He is one of the few people who will stay in that room until everyone has power restored to their homes."

In a delightful touch, Sergeant Miceli's mother provided an outstanding Italian lunch for those lucky enough to attend today's ceremony.