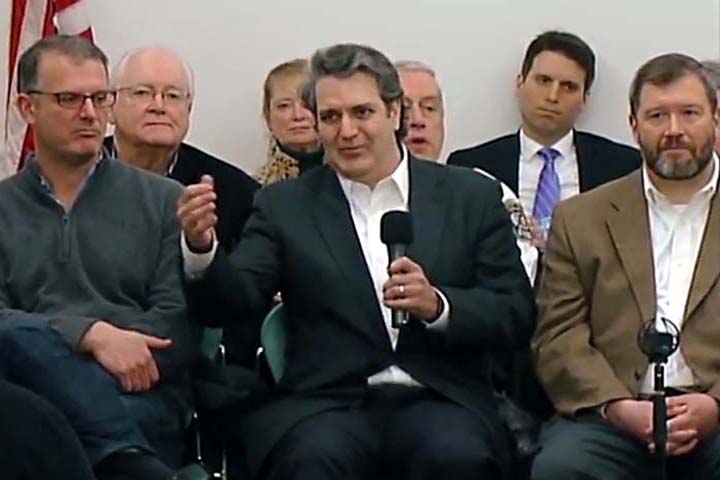 June 18, 2018 — It has been about six months since the new Board of Selectmen has taken office. We got out of the gate quickly with a Saturday workshop where we outlined and prioritized our collective initiatives for the next two years. The initiatives, which are available on the town website (www.westonct.gov), include such things as achieving operational efficiencies, instituting community building activities, enhancing communications, and pursuing sustainable energy initiatives.

I am happy to report a major achievement in the area of sustainable energy. The Town and School District entered into a joint agreement with a developer to build a 2 megawatt solar farm located in Eversource territory outside of Weston. With the benefit of a virtual net metering program, the solar farm will produce enough clean energy to cover up to 60% of our local consumption. It also stands to save the Town and District up to $4.2 million in electricity costs over the next 20-25 years.

Over the past months, the Board of Selectmen has appointed and reappointed dozens of citizens to various boards and commissions. Of note, the previously defunct Board of Ethics and the Commission for Children and Youth are now nearly full with appointments. The Selectmen have also established a Marketing and Communications advisory committee that will provide work on branding, educating local realtors, assisting home-based businesses, and enhancing communications about community issues.

Finally, a Survey Research Committee has been created. Appointees have already begun work on a citizen attitude and use survey. Weston is fortunate to have so many outstanding public servants. The Selectmen publically honored two of them for their long and distinguished service to the town: former Selectman Dennis Tracey and former First Selectman Nina Daniel. It was a heartfelt moment that made me proud to be First Selectman.

All members of elected and appointed town boards were invited to participate in a training workshop on the Connecticut Freedom of Information Act. The goal of the workshop was to help the Weston government operate in a very transparent and open manner. The workshop was video recorded and is available online for on-demand viewing. Also, Town department heads participated in a sexual harassment prevention workshop held at the Town Hall in. Other employees have been instructed to take an online course.

The Selectmen and I spent a considerable amount of time working on the budget for the Fiscal Year commencing July 1, 2018. The new budget, which has a property tax increase of 1.66%, preserves municipal services and provides sufficient funding for the care and maintenance of public infrastructure. At the end of the budget process, the Board of Selectmen voted at the recommendation of the Superintendent of Schools and the Chief of Police to fund a second School Resource Officer position and to fund increased police patrol of the school campus. If the Board of Finance also approves the funding requests, then the Police Department will begin the process of hiring a new officer.

Following the April 4th machine ballot vote in favor of establishing a dog park on town-owned land off of Lord’s Highway East and Davis Hill Road, I believe the next step is to give the Weston Dog Park Inc. an opportunity to raise money to go towards the construction of the park.

In the months ahead, much of the Board of Selectmen’s work will be focused on improving communications with residents, approving a marketing plan to realtors, finalizing facility improvement plans for Fire/EMS and Police, and hiring a new Public Works Director and Youth Services Director.